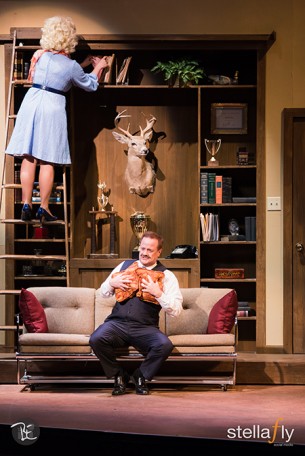 When 9 to 5 hit the movie theaters in 1980, I hadn’t seen anything like it. I was a teenager, and I went to see it in a West Michigan suburban movie theater with my middle-aged Canadian mother.

We both laughed ourselves silly throughout the entire film — and we weren’t alone. Everyone else in the movie roared at this now classic movie about three working women (played by Lily Tomlin, Dolly Parton, and Jane Fonda) who take their revenge on their “…sexist, egotistical, lying, hypocritical bigot” of a boss (played by Dabney Coleman).

If you haven’t seen 9 to 5, go see it for the laughs. Nine to Five: The Musical will be playing at the Grand Rapids Civic Theatre from May 30 to June 15. Even if you’ve seen it at the movies or on TV, go anyway; because this very funny story is now a full-blown live musical with new lyrics and music by the phenomenal Dolly Parton. 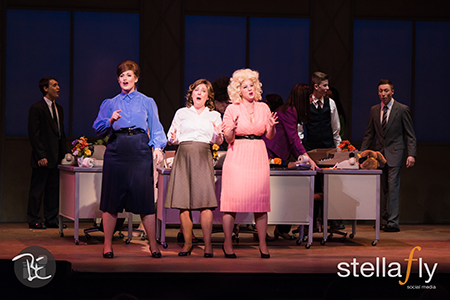 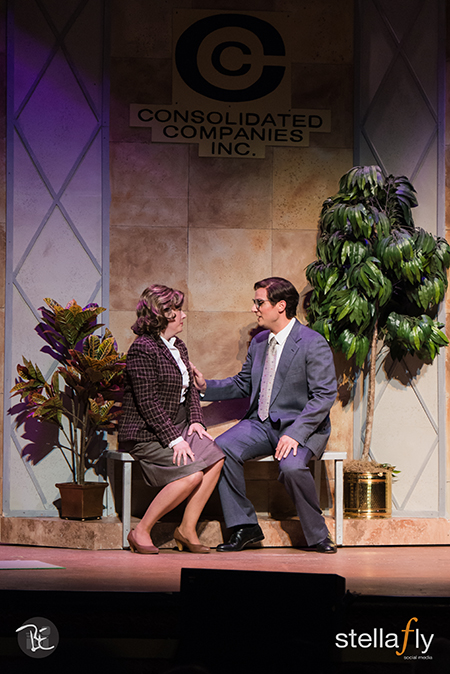 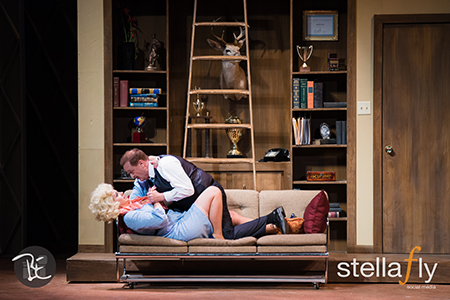 Like all groundbreaking stories, 9 to 5: The Musical is more than just good, plain fun. The play helps facilitate extremely helpful discussions about sexism and harassment in the workplace.

After seeing the movie back in 1980, my mother told me she had worked with villains just like Mr. Frank Hart in Canada, and later in the States. Everyone had. And because I was just about to enter college and the workforce, I asked my mom if guys like this cartoonish villain still existed.

Without 9 to 5, a mother-daughter conversation about real world workplace dangers might have have been prickly, tense, or preachy — but with the movie? The comedy bridges generational and cultural gaps in a way that a conversation alone cannot.

“The Civics’ role in the community is to entertain and to create community discussion.” show director Penelope Notter said. “This play is hilarious: it will entertain but it also shows a slice of history.”

Most people who see the play will cringe and laugh at the over-the-top, in-your-face sexism and harassment performed by actor David Duiven, who plays the evil Mr. Frank Hart, Jr. 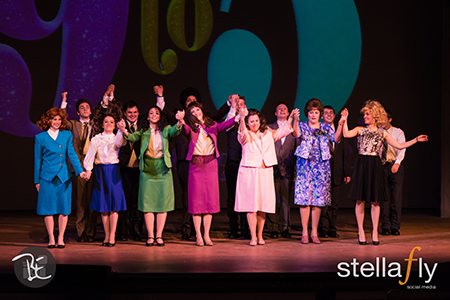 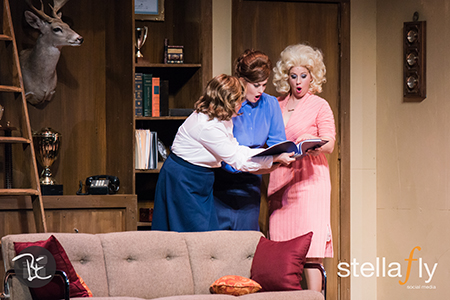 Today, many people in the workplace have learned to not say and do things that are as overtly sexist as the egregiously awful Mr. Frank Hart, Jr. They’ve gotten the message and received the “sensitivity” training. Instead of nearly bludgeoning women to death with overtly sexist remarks and actions, today is the era of ‘death by a million paper cuts’. Microaggressions and an oppressively systemic patriarchy are today’s insidious and frustrating forms of workplace evil.

At work, women might not get as many overt death or rape threats as we might have in 1980, but Bonnie Nawara, CEO of GROW (Grand Rapids Opportunities for Women) notes that equality in the workplace is still elusive.

“In the 1980’s, there were new guidelines for equal employment opportunities for women,” said Nawara. “The Equal Rights Amendment (ERA) was put forward in the 1970’s, but it needed 38 states to be ratified. And it never was ratified.”

Nawara shared a few poignant statistics. Currently, women are the majority owners of nearly 1 in every 3 U.S. firms. Women employ 7.8 million people, providing 1 in 7 privately held jobs, and over 1 in 16 in jobs nationwide.

GROW exists as a non-profit organization in Grand Rapids that helps women start and grow businesses. The organization does this largely through education, networking, and counseling. And yet, GROW felt the need to open a micro-loan program in 2012.

“A lot of banks don’t like financing small (women-owned) businesses, just because they don’t like taking a chance,” said Nawara. 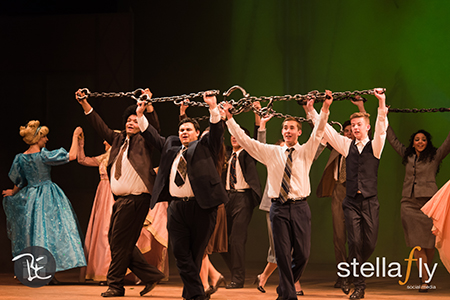 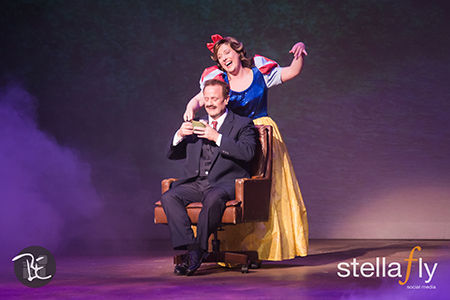 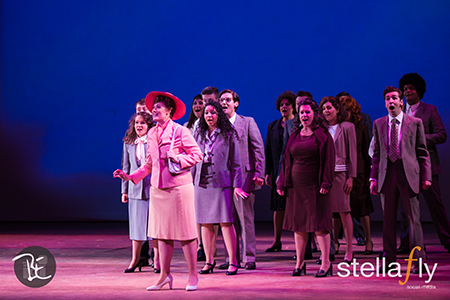 In 2014, that old line about ‘women coming a long way’ seems quaint. Rather, covert sexism and systems that support a patriarchal workplace and deny women equal opportunity continue to make giant leaps forward.

That’s one reason why the appeal of 9 to 5 remains timeless. Even though it’s technically a period piece set in the 1970’s, you can look beyond the big hair and shoulder pads to see that many of the painfully sexist attitudes and behaviors are still with us today.

In the play, the three lead actresses fantasize about killing their obnoxious boss in ways that are every bit as spectacular and over-the-top as the sexual harassment they endure on the job. Today, as in 1980, these revenge fantasies are worth having — and well-worth watching. They’re comical, but they are also cathartic.

By all means, see 9 to 5: The Musical for the laughs — but don’t be surprised when it stirs up vivid, real-world, discussions both before and after the show.