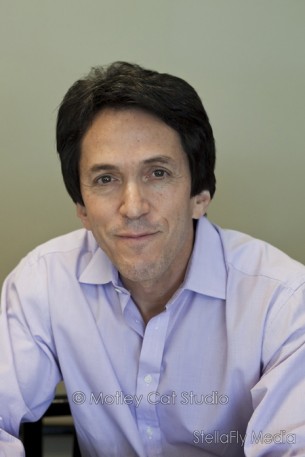 Hospice of Michigan (HOM) made an exciting announcement at a press conference held on on Tuesday at Fifth Third Ballpark with the help of Mitch Albom, acclaimed sports columnist, radio host, author, screenwriter, and playwright. Albom’s play Ernie will be in Grand Rapids for a special two-week run in September as a fundraiser for this amazing organization, which is the original and largest hospice in Michigan. HOM cares for more than 1,000 patients per day in 56 counties, offering programs to make the end-of-life a dignified process for patients and their loved ones; educational programs for physicians and healthcare professionals; cultural diversity programs for end-of-life care; and research and education programs. 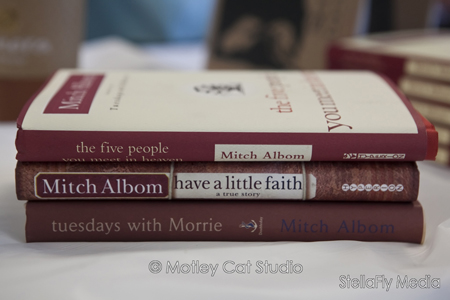 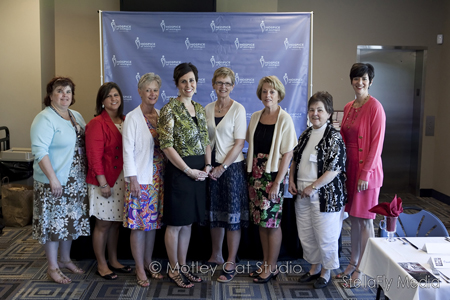 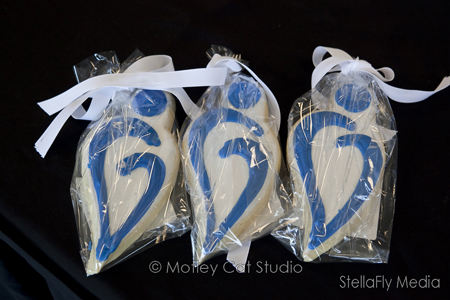 Following the press conference the organization hosted its 4th Annual June B. Hamersma Society Planned Giving Luncheon. Named for the founding chair of the HOM Foundation, this donor society recognizes those who have made arrangements for the organization in their estate plans. The lunch included donors, volunteers, and members of the community who each seemed to have a special reason for supporting the organization. Everyone who I spoke with had an experience with Hospice of Michigan, and as they recalled their experiences, there were smiles. 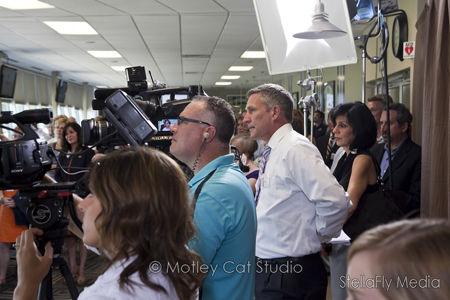 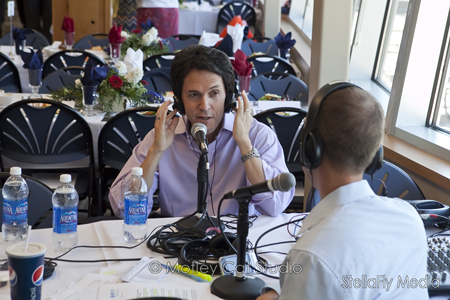 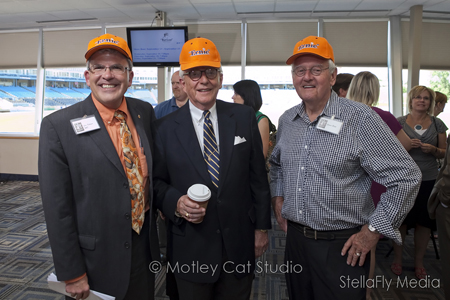 Dr. James Fahner, chair of the HOM Foundation Board and pediatric oncologist at Helen DeVos Children’s Hospital was there to welcome everyone. He then introduced John R. Smith, an emeritus board member for Hospice of Michigan, and former executive director of SECOM, South End Community Outreach Ministries, in Grand Rapids. He gave a very moving testimony to the care that his loved ones received at the end of their lives from Hospice doctors, nurses, and volunteers.

Following the lunch, Dr. Fahner introduced Jack Doles of WOODTV-8 who was very excited to introduce the guest of honor, Mitch Albom. As Albom began, it was clear that his remarks were straight from the heart. He talked of his relationship with his professor from college, Morrie Schwartz. His book, Tuesdays with Morrie, tells this story so beautifully, but to hear Albom tell the story himself is very impactful. (If you have never read this book I highly recommend it to everyone) 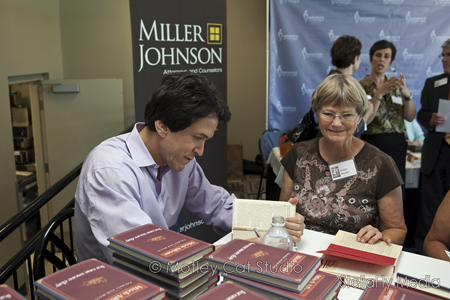 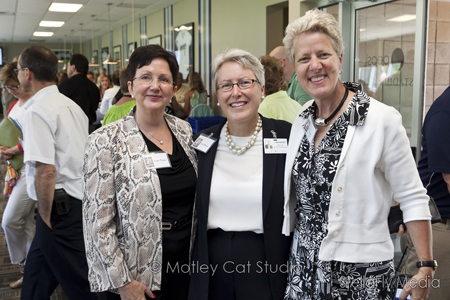 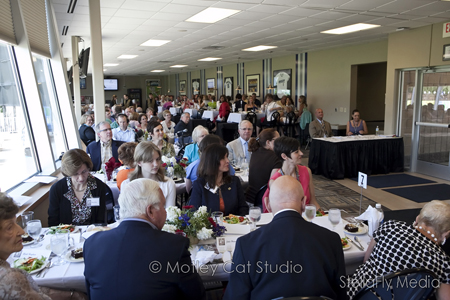 Albom and Schwartz were reunited years after Albom graduated from college, when he saw is former professor on TV, talking about what it felt like to die. Schwartz was suffering from Lou Gehrig disease, which completely debilitates an individual physically, but mentally they are unaffected. So Schwartz was able to talk about what the end of life was like from a first-person perspective. The professor and student began having regular conversations about this topic, with Albom visiting Schwartz for 14 Tuesdays before he passed away.

There was one particular line that struck me (and many others in the room) in his story. It was what Morrie Schwartz told Mitch Albom when he asked him when he was the one dying—and people were coming to see him and say their goodbyes—how did he end up being the one who listened to them?

This man who was in his last days, who had every reason to be angry or sad or depressed or all of the above, was continuing to do what he had always done—teach. Continuing to help others figure out their life when his was nearing the end. He was giving them one last gift.

The story of Morrie Schwartz is the reason Mitch Albom is so passionate about the mission of Hospice of Michigan. This passion has led him to bring his play to Grand Rapids to help this organization raise money to fulfill that mission. 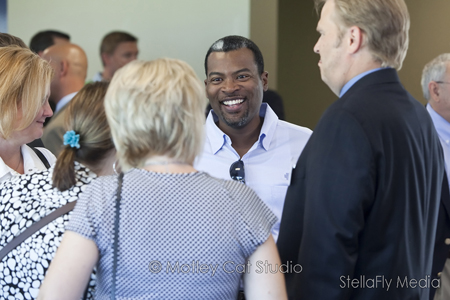 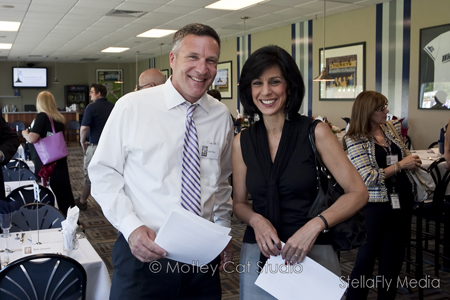 Ernie debuted in April 2011, nearly one year after Mr. Harwell lost his battle with cancer after 10 months. It played to sold-out crowds at City Theater in Detroit, just one block from Comerica Park. It is set on Harwell’s last night at Comerica Park, where he is about to give a “thank you” to the grateful city of Detroit. As he walks out onto the field, he encounters an unusual boy who is eager to know all about him. Harwell gives one final broadcast—the “broadcast of his life.” It stars Will David Young as Harwell, and the Boy is played by Timothy “TJ” Corbett.

Realizing that a loved one is in his or her last days on this earth is one of the most difficult things to experience. Hospice of Michigan’s doctors, nurses, volunteers, and staff members make this process much easier on the family and friends of the patient, removing the stress and worry of things that might take time away from enjoying their last moments with their loved one. 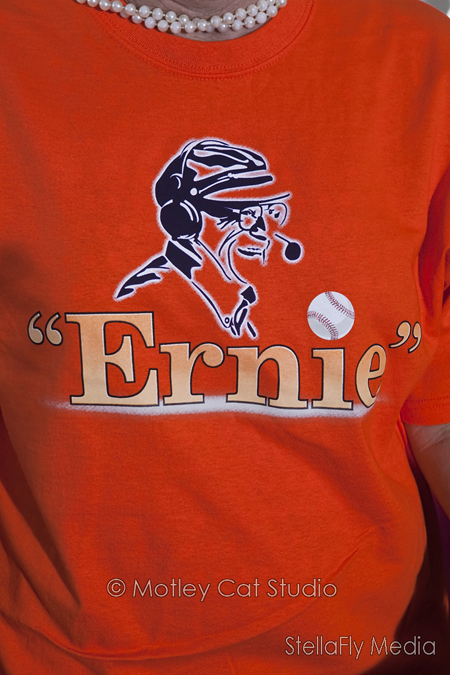 Tickets go on sale at Ticketmaster on Monday, June 25 and are $30 each. The show will take place at Wealthy Theater and there will be 10 performances from September 13-23, 2012.

On September 12, Hospice of Michigan will hold “Opening Day.” Tickets to “Opening Day” are $250 and include either a matinee (2:30 p.m.) or evening (8:00 p.m.) performance and dinner and cocktails at the Amway Grand Plaza in between performances. Following each show there will be an intimate conversation with Albom and the play’s actors. These tickets are available by calling (616) 356-5266.

To learn more about Hospice of Michgian, visit their website: http://www.hom.org/  And if you ever meet a Hospice employee or volunteer, be sure and tell them thank you for everything they do—these are amazing people.