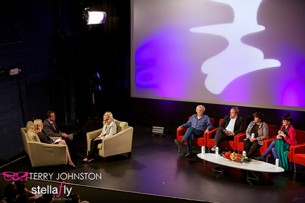 ArtPrize V started less than a week ago and already there have been almost 200,000 votes cast by the public. Amongst the thousands of visitors to downtown Grand Rapids there have been five art experts who are this year’s jurors for the Juried Awards. Last night those five jurors came together in front of a live studio audience for The Short List, which aired on WOOD TV Monday evening from the ArtPrize HUB in downtown Grand Rapids.

The five jurors came from throughout the United States, each judging a different category and awarding one of their top 5 an award of $20,000 on October 4 at the ArtPrize Awards Celebration. 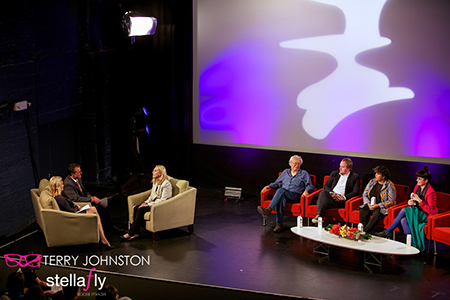 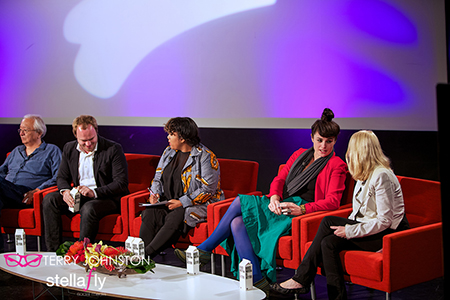 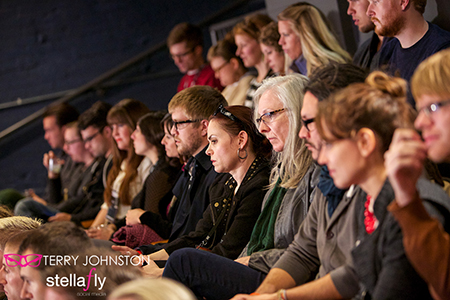 John Yau, editor of Hyperallergic Weekend, has been looking at the 2-D works, or as he put it, the art that is “flat and on a wall.” To him, the pieces that stand out are those that are, “unfamiliar in an interesting way.” His five selections were (venues in parentheses): 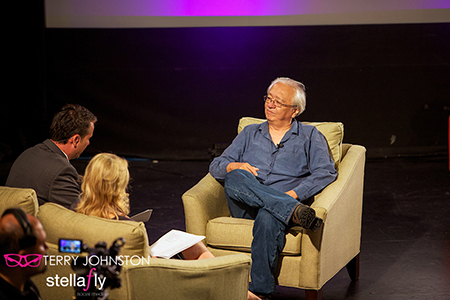 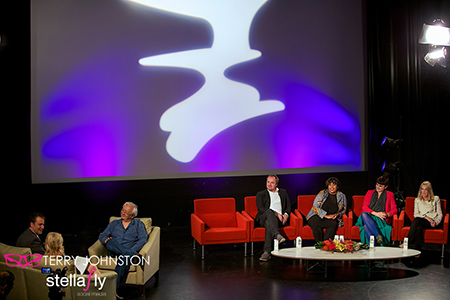 The 3-D pieces are being judged by Hesse McGraw from the San Francisco Art Institute. McGraw commented on how incredible ArtPrize is as he was, “walking through the city with thousands who are invested in art.” He stated that he wants to have his “brain broken a little bit” when he is looking at the pieces of art. His top five in the 3-D category are:

Through the Skies for You, Kevin Cooley/Phillip Andrew Lewis (Kendall College of Art and Design)

The Unfounded Future of the Untitled, Julie Schenkelberg (Site:Lab @ 54 Jefferson) 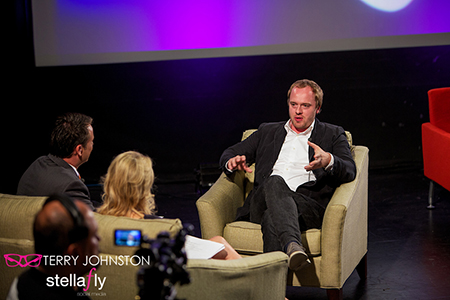 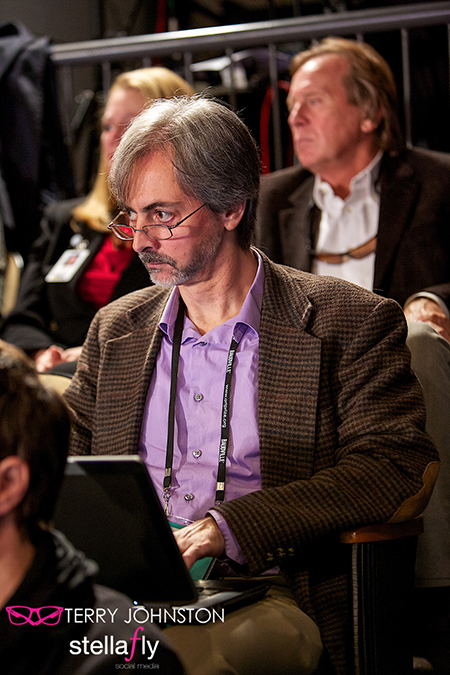 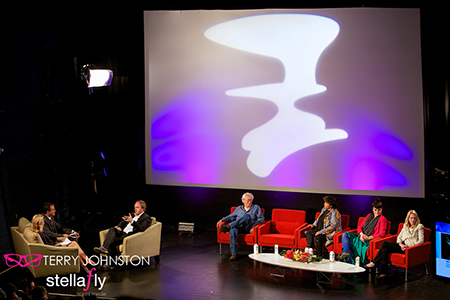 Rashida Bumbray from New York City has been looking at the entries for the Time and Performance Based category and she also commented how impressed she was by ArtPrize and how it was “really inspiring to see people of all ages, all walks of life engaging with art.” She described her top five pieces:

Angle of Repose, Dance in the Annex (Site:Lab @ 54 Jefferson) 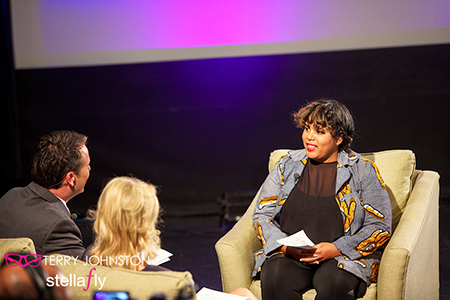 Executive Director and Curator at the Storefront for Art and Architecture in NYC, Eva Franch Gilabert, had the task of judging the Best Use of Urban Space category. She said she looks for pieces that “will transform the way we view cities.” Her top five included: 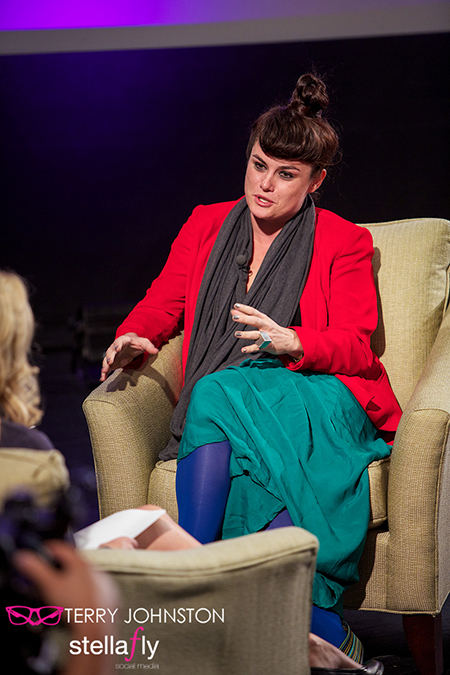 The final category for the Juried ArtPrize is Most Outstanding Venue. Alice Gray Stites, chief curator of 21c museum has been looking over all of the venues and selected her top five:

Kendall College of Art and Design 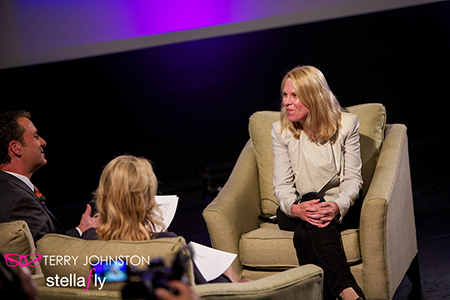 The jurors wrapped up the evening by discussing their process and how they all worked together throughout the last week. As they talked they discovered pieces and venues they had not visited and found that they all experienced the city in their own way. That is one of the great things about ArtPrize. Whether you travel from far away or even if you live here, during these 19 days we all experience Grand Rapids “in our own way.”

You can download a map of all the pieces selected on Monday evening by going to woodtv.com.