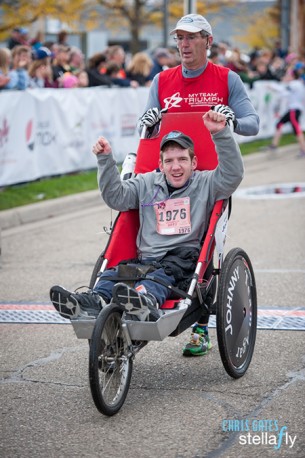 When Matt Smith was 11 and hit the road for his first-ever marathon, all he cared about was going fast.

But now that he’s almost 17, Matt, who has cerebral palsy, has a new wisdom that values more than speed.

“The people I meet — that’s the best part,” Matt says. “I have some great relationships. I still love the racing part. But it’s expanded into so much more.”

Matt is a veteran of myTeam Triumph, an athletic ride-along program created for children, teens and adults with disabilities who would normally not be able to take part in the challenge of a triathlon or a road race. 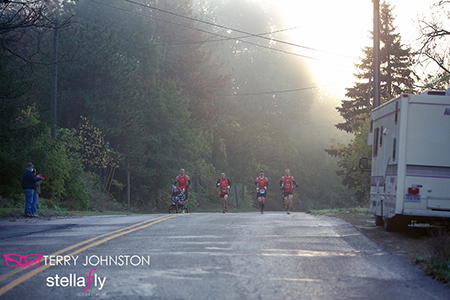 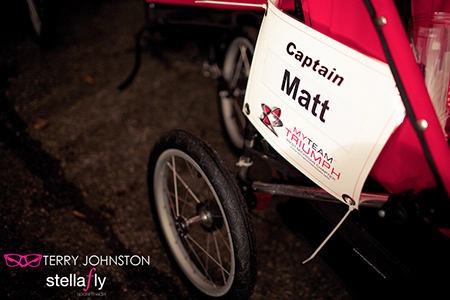 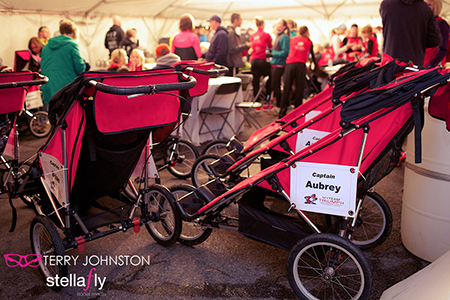 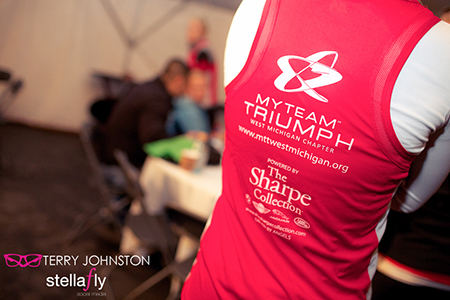 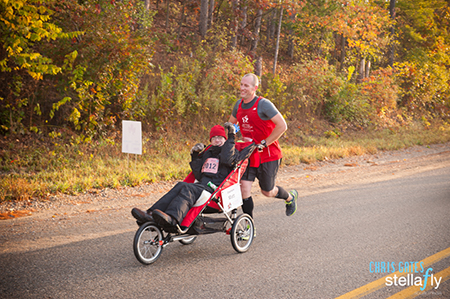 They sit in a sleek, sling-like chair on sport wheels while runners take turns pushing them through the race.

By the time he raced in the Metro Health Grand Rapids Marathon last Sunday, Matt had logged more than 20 races and become sort of a celebrity.

“He knows more people than my husband and I do,” says Matt’s mom, Anne Smith.

“It’s providing them an opportunity to be part of events that we runners take for granted,” Reuben says. “So they can feel the buzz, the excitement, when they get up early to pick up their race packets. They’re treated like athletes, just like everybody else.”

Just like everybody else. That’s part of the appeal for Matt, who used to watch through his living room window while the neighborhood kids played outside.

“I was really searching for something to do — I was bored,” says Matt, a junior at Forest Hills Northern High School.

Now he participates in a few races each year, whizzing along in a road-hugging “stroller,” pushed by volunteer athletes.

“When Matt was first approached about doing this, the other boys his age were getting into sports, and he was having a hard time coming to terms with his cerebral palsy,” says Matt’s mom, Anne, who with husband Mike have four children. “Now, it’s a huge social thing for him. He used to love whoever could take him through the race the fastest. Now, he wants the race to last as long as possible so he can spend more time with the people pushing.”

An Ironman came up with the idea. 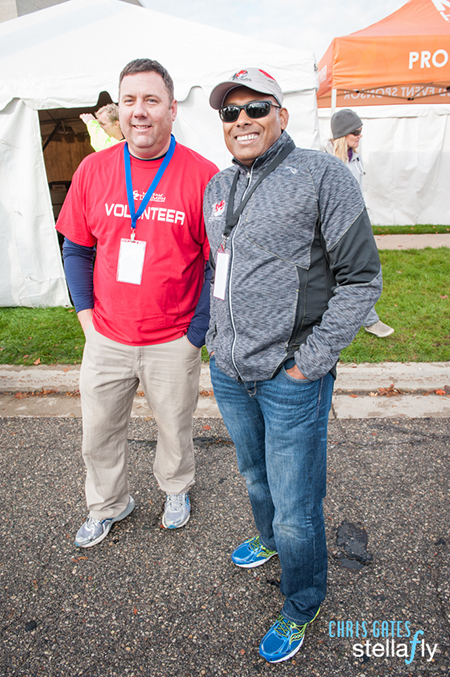 Reuben, 46, a physical therapist and director of sports medicine at Metro Health Sports Medicine, was training for an Ironman event in 2007 when the idea for myTeam Triumph first surfaced.

But once he was at the event, he saw people using it as a platform for good. Fundraising. Raising awareness. It hit him hard — this wasn’t all about him.

“I went home inspired,” Reuben says. What could he do in Grand Rapids to bring more heart to his races?

Reuben met with a few friends at a coffee shop and they talked of seeing the occasional runner pushing a family member with a disability in a stroller chair meant for racing.

“But not everybody in a wheelchair has a family member who’s an athlete,” he says. 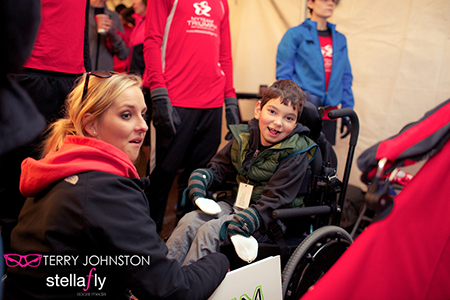 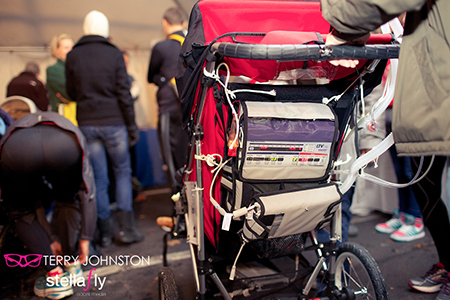 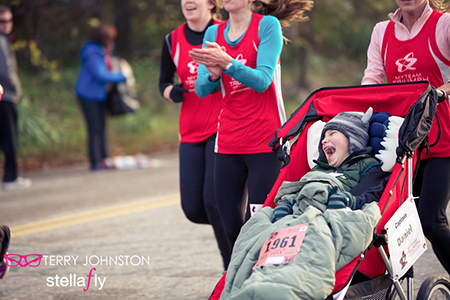 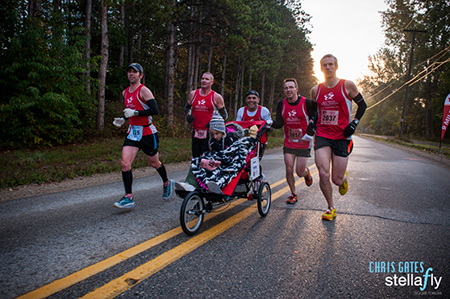 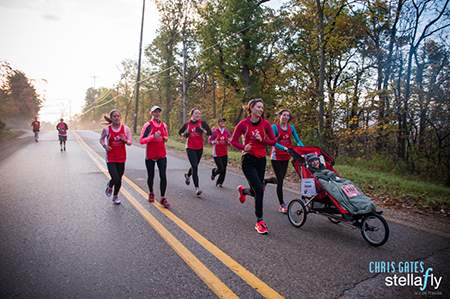 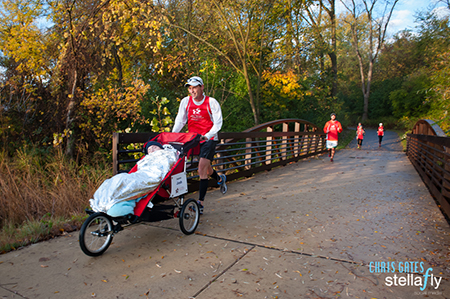 myTeam Triumph started taking shape. They decided to call the person in the chair the “captain.”

“We wanted the race to be about them,” Reuben says. “They were in charge. We wanted them to feel like rock stars.”

They would call the runners who pushed the captains “angels.”

“They’re in the background,” he says, “but this couldn’t happen without them.”

They would match three angels to a captain, they decided, to lessen the fatigue and allow more people to be involved.

“They could take turns pushing,” Reuben says. “Maybe one person can’t run a 26 mile marathon. But as a team, you can.”

Their first year of four races went so well they decided to create a West Michigan chapter, in hopes the nonprofit would go national.

Today there are 25 chapters in 19 states and Canada.

“We’ve been in ‘Runners World’ and on NBC,’” Reuben says proudly. “But a lot of people don’t realize it all started right here in Grand Rapids.”

The first year, the West Michigan group involved eight or 10 captains and a handful of angels. This year will involve close to 60 captains, Reuben says, and 200 angels. 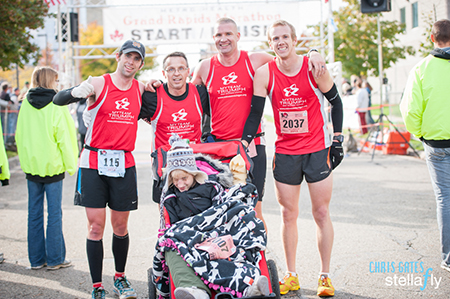 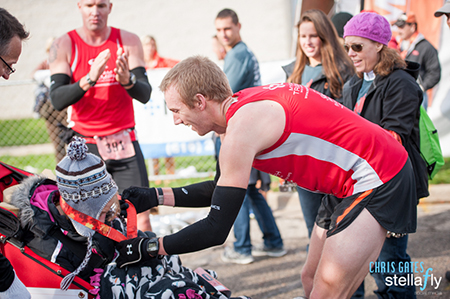 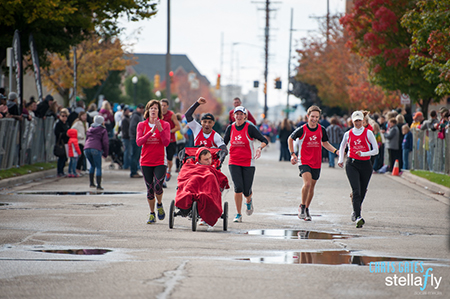 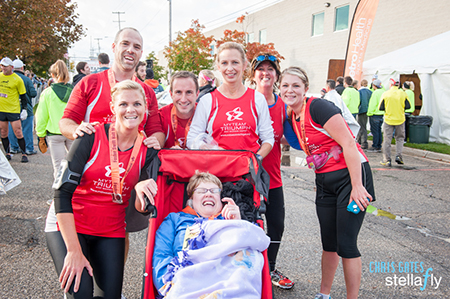 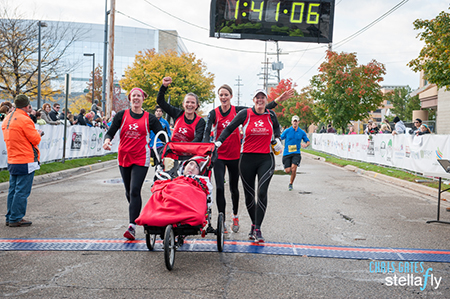 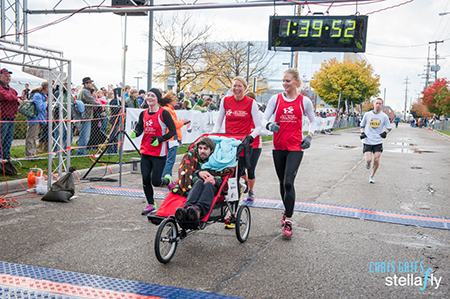 When you think about it, he says, it’s not surprising the mission has caught on.

“It’s good for the captains, the angels, the other racers, the families,” Reuben says. “There’s this whole buzz surrounding all of them, a buzz of something less selfish.

“People get very caught up in themselves,” he says. “They’re often too busy to pay attention to the good around them. We want to influence the next generation. A lot of young athletes are just focused on winning races. We want them to aspire to more.”

Last year Reuben ran the entire Grand Rapids Marathon pushing Matt. He picked him up every Saturday morning and every Tuesday afternoon so they could train together.

He loves that. So does Matt.

“This has changed me so much, the way I look at things,” Matt says. “I never say, ‘Poor me — I have this disability.’ I cheer on the people who are worse off than me.”

Ask Matt to describe the feeling of a race day and he says he can’t really put it into words.

But then he does. Perfectly.

“I get up early, and there’s definitely adrenaline going,” Matt says. “Once I hear the horn that starts the race, I think, ‘All right — it’s time to go.’ Then, it’s just amazing. I think, ‘I’m doing this!’ Yeah, I need some help to do it, from some really great people. 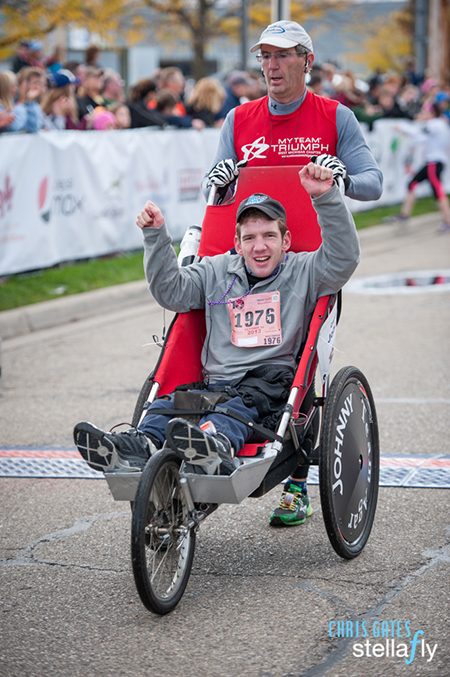 For more information on myTeam Triumph West Michigan, including how to sign up as a captain or angel, visit mttwestmichigan.org. Also, be sure to check them out on Facebook at: https://www.facebook.com/pages/MyTeam-Triumph-West-Michigan-Chapter

In addition to captains and angels, the organization needs volunteers to help at events, donors to contribute financially and sponsors willing to support the mission with $5,000 or more. A goal for 2014: spreading the word about the organization to the African American and Latino communities.