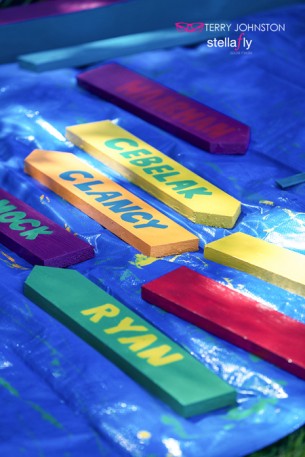 Think back to when you were a kid. Most likely you lived within walking or biking distance to a park that was fully equipped with all of the good stuff—monkey bars, swings, sliders, and of course the merry-go-round. You probably spent hours there with your friends—and you most likely made many new friends as well.

It’s a different world now. Only 1 in 5 children live in close proximity to a place like this. This is creating a “play deficit,” which can cause delays in physical, social, and cognitive development. For the kids at St. John’s Home, this was the case—until today. 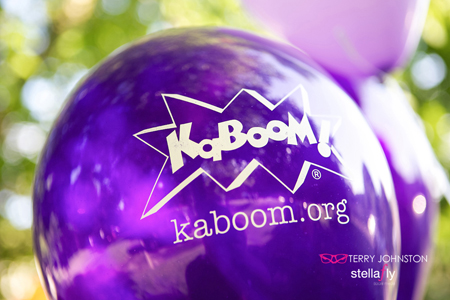 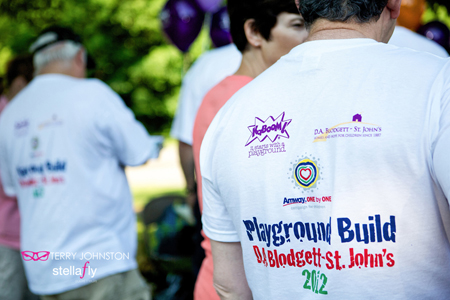 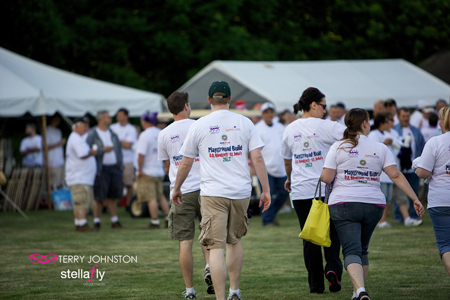 A few months ago, Jim Visser, Fund Development Director for St. John’s home, received notice that the organization had been nominated to receive a KaBOOM! Playground. Initially the nominator was a secret, but when the application process was complete and a decision was made, it was revealed that Amway Corporation was responsible for making this happen.

The premise behind KaBOOM! is simple: every child in America should have a place to play that is within walking distance. Since it was founded in 1996, over 2,000 playgrounds have been built around the country.

Amway Corporation has been part of 14 playground builds, including 10 in West Michigan. Since 2007, there has been an average of two KaBOOM! builds each year by Amway—one by logistics employees and one by manufacturing employees. The project for St. John’s Home combined the two departments.

The design process for these playgrounds involves the kids who will benefit from it. The young residents of St. John’s Home were asked to make a “wish list” for their dream playground. The staff from KaBoom! came back with three designs to vote on, incorporating all of their ideas. 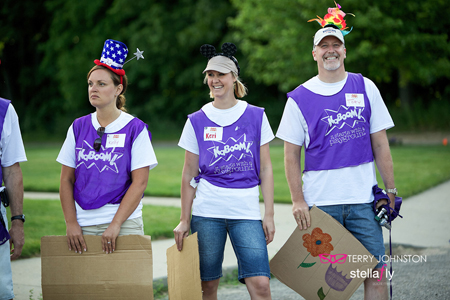 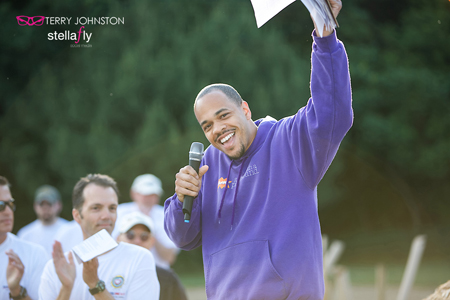 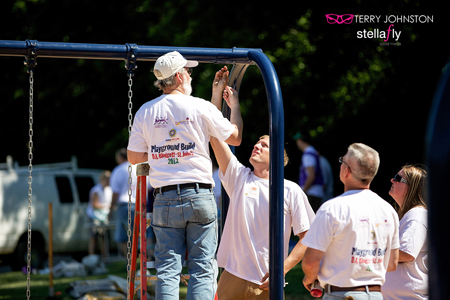 Fast forward to Friday morning, when a small army of around 300 volunteers from Amway Corporation, and throughout the West Michigan community, arrived at St. John’s Home in Grand Rapids with one common goal: to build a new playground for the children that are served by this organization. Mr. Visser said that this was being called the “best build ever” and this playground will help these kids “recapture their childhood” that so many of them have lost because of abuse and neglect.

In addition to the playground built today, St. John’s home also received newly built picnic tables, flower boxes, and beautiful benches. The kids were entertained with a carnival while the construction took place, and will be able to use their new play space in a couple of days when everything is dry and ready to go. 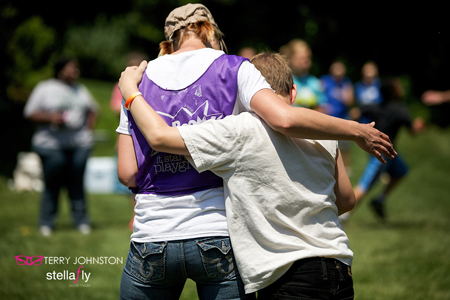 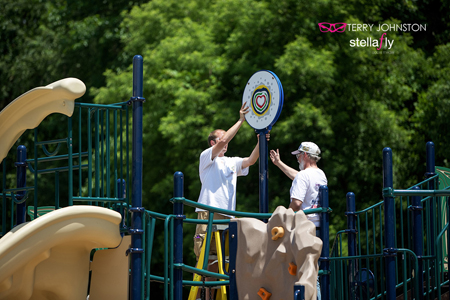 Amway’s One by One Campaign, launched in 2003, encourages volunteerism by all Amway employees. According to Michelle Meulendyk, of Amway’s Corporate Citizenship, there have been 9.5 million children impacted worldwide since this program began. Half of their employees volunteer annually, and over 20,000 hours have been logged. Amway has been a strong supporter of D.A. Blodgett-St. John’s Home for more than a decade. Jim Weaver, Vice President of Alticor Corporate Enterprises, serves on the board of St. John’s Home and says that the company provides more than 100 volunteers each year, with a heavy focus on Christmas and back-to-school campaigns. 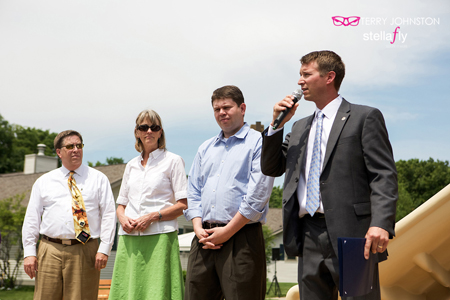 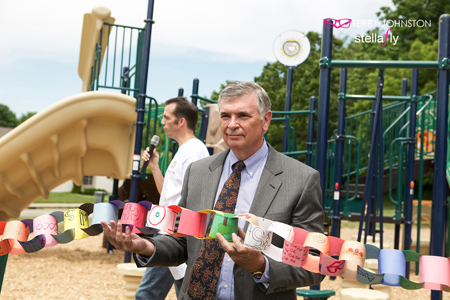 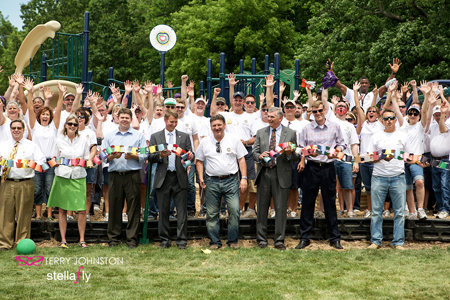 As I stood amongst the volunteers and saw the joy and excitement on each of their faces, it was evident that they were all there because they have a passion for helping others. It was a great reminder of how awesome the West Michigan community is, and that we really come together to help others—and have fun doing it. Congratulations to all of those who were involved in today’s activities. You have truly made a difference in the lives of so many children!

D.A. Blodgett – St. John’s is a 125-year-old agency that works in partnership with our community for the good of all children. We are local, non-profit and accredited.