Whoever is generous to the poor lends to the Lord, and he will repay him for his deed.  ~ Proverbs 19:17

It is often said that actions speak louder than words.

In 1991, a Pastor and college professor by the name of Don Tack became frustrated by the lack of emphasis on relationships with poor people in Grand Rapids.

He didn’t just talk about it, though. He took action.

And while Don Tack has never done anything for accolades, he will be recognized for his tremendous community efforts when he receives Guiding Light Mission’s inaugural Good Samaritan Award at their Annual Banquet on October 9, 2014 at the Frederik Meijer Gardens and Sculpture Park.

One of his first actions was developing a training course for lay people, a combination of both classroom and field work that would teach them Biblical foundations for helping the poor. Tack offered the course for $45, and after a couple weeks of promoting it, registration was only at four people. With the help of Grand Rapids Press religion writer Ed Golder who wrote a compelling story about what Tack was attempting to do, registration quickly rose to 43 people for the first class in May of 1991.

At the end of the semester, Tack challenged members of the class to complete a weekend “field assignment” and spend a weekend on the street, living as if they were homeless. They could bear no evidence that they were not homeless, and would sleep in shelters, eat food at the missions and fully experience what the poor community was living on a daily basis. Tack’s class project turned into a front page story in the Grand Rapids Press and greatly helped elevate his cause in the community. This effort was the beginning of what is now known as Servants Center, an organization started by Tack as a result of his concern about the drift of churches away from having direct relationships with the poor. 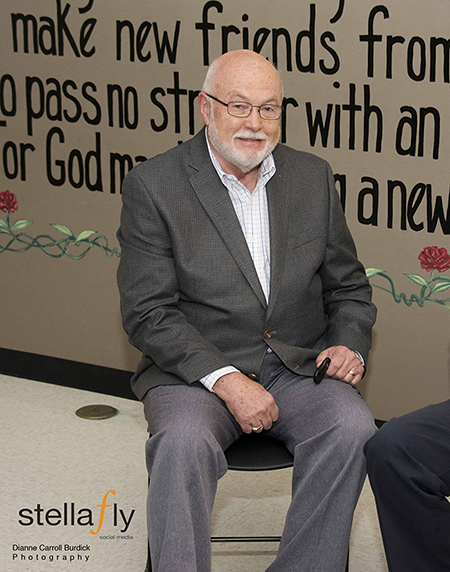 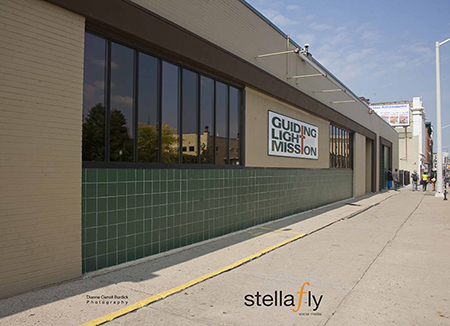 Servants Center Opens its Doors
During the time that Tack and his class spent in their field work, the class was split into two groups. One stayed at Mel Trotter and the other at Guiding Light Mission. Tack had heard talk of disparaging conditions at Guiding Light Mission and elected to stay there to see it firsthand. Sadly, the talk was true—from urine on the floor to violence between those staying there, to abusive treatment by the staff.

Witnessing this made him even more determined to help this population to be treated as humanely as possible. He wanted to make sure they had appropriate housing and people around them who made them feel loved. Don Tack officially opened Servants Center in 1993 for the purpose of enhancing the reputation of Christ among the poor and homeless by providing a high quality relationship-based street outreach to mentally ill poor and homeless in Grand Rapids.

With the help of a husband and wife who knew of Tack’s work, he was able to purchase the first rooming house for clients of Servants Center. The house, located on Coit NE, served as a model for churches to use in aiding the homeless. As Tack continued to expand his ministry, the media paid attention, with his work being included in papers from Detroit to Rotterdam, Holland.

In 1996 the Servant’s Center became a 501(c)3, and eventually partnered with Dwelling Place to handle the housing. The staff of Servants Center began to focus on taking people into Social Security to apply for benefits. Then, they took it one step further and began taking guardianship of these individuals, which gave them the ability to fill out their paperwork and help with applications for government benefits. Word spread of their work, and they began to receive more requests for guardians.

As Servants Center matured, the organization began to focus on one exclusive population, poor and homeless individuals suffering from neurological diseases such as schizophrenia. Some of these individuals had been living on the streets for 20 or more years without their medication. The work with this population was much more labor intensive and often resulted in less success, but Tack felt it was the most necessary for this vulnerable population. 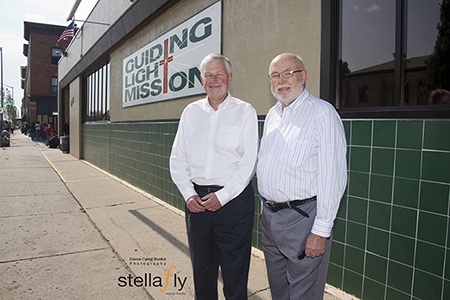 Servants Center Continues On
In 2000, Servants Center received a tremendous boost to their efforts when they were awarded a grant for $100,000. This allowed them to care for 75 people and hire staff including an account manager and a social worker. Clients were staying in adult foster care homes, some in their own apartments, and there was a small percentage that could not be placed because of their backgrounds. These individuals stayed at places including the YMCA, Heartside Manor, and the Morton House—all of which have ceased to exist. But this ministry continues their work and is continuing to find housing solutions in addition to finding employment, helping to manage bills and finances, and working with churches to guide them on helping this population. They host events including Sunday messages, training seminars, and consulting services.

Don Tack retired three years ago and Servants Center continues the work he began. The organization now has a staff of four who manage between 40-50 clients each, continuing their street patrols and receiving an average of one request per day for their services. Tack has continued his ministry through Poverty Ministry Consulting, which serves to help “teach and equip churches to develop Biblical outreach to poor people in any setting—urban, suburban and rural.”

We can all honor Don Tack’s efforts by taking a moment to reflect on the gifts we have been given and look at how we can reach out to help those who need it most. Let’s all follow his example by taking action when we see needs that are unmet.