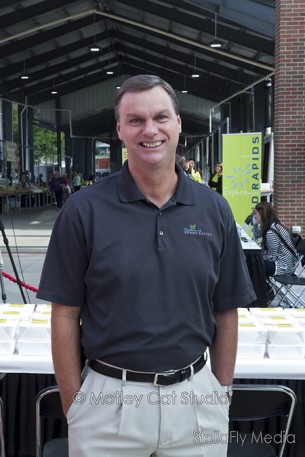 The culinary education of the 51-year-old leader of Experience Grand Rapids began in childhood while he watched as his mother kept whipping up creative solutions in the kitchen that somehow managed to satisfy the appetites of all eight boys and six girls in their not-so-Small family.

“I grew up in a family of 14,” he said with a laugh. “My mother could make hamburger 60 different ways.”

His interest in food ultimately led him to experiment in the kitchen himself.

Small started to express his passion for cooking after he and his wife relocated to Palm Springs, California. in 1993. He found an endless supply of fresh and locally sourced ingredients that became part of a nightly ritual of stopping off at the market on his trip home from work to select items to prepare for dinner.

“I’m the cook in the family,” Small said. “I’d stop at the market when we lived in Palm Springs and I’d pick up fresh fruits and vegetables. That’s where I discovered the importance of farm-to-table ingredients.” 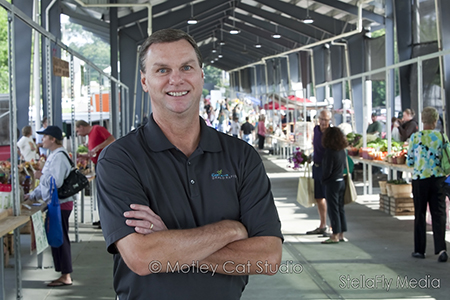 It’s not uncommon for him to whip up a full meal for family members.

He has been known to create| an Italian feast for 20 people upon visiting his brother in Ohio. He’ll prepare pasta with fresh herbs and sauces, plus a signature Caesar salad with grilled hearts of Romaine and a scratch-made dressing he insists would make him a “million bucks” if he bottled and sold it.

“I entertained thoughts early in my career of opening a restaurant,” Small said. “I just love the creation of food.”

He has lifted that passion to new heights since coming to Grand Rapids.

“I brought the idea of ‘Restaurant Week’ with me from Denver,” said Small, who was senior vice president of Visit Denver before being hired as Experience Grand Rapids‘ president and chief experience officer four years ago. “It’s such a vibrant food scene here that celebrates locally sourced foods.

“But there was no one marketing or promoting it.”

Small supplied the inspiration and imagination for launching “Restaurant Week” in Grand Rapids, which has shifted from a pre-Thanksgiving spot on the calendar in each of its first two years to a summer celebration Aug. 15-25 that shows off fresh local ingredients at the peak of harvest this year. 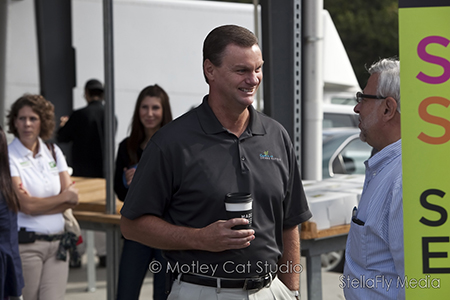 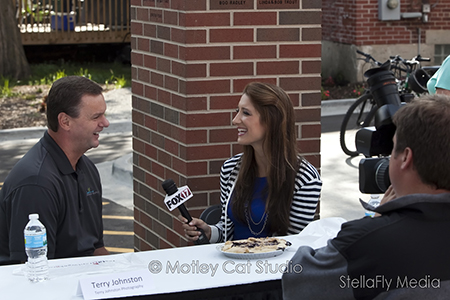 Initially, Small had doubts about changing the dates.

The concept — offering diners a three-course meal for $25 at participating establishments — had been such a huge success that he wondered if it might disrupt the momentum of the event in its third year.

He reflected back on his passion for fresh farm-to-table cooking.

“I was probably the most reluctant of our committee to move it into summer, but the more I thought about it, it made sense,” Small said. “When you get to that first part of August, people are starting to stay home, they’re back from vacation and they’re preparing for kids to go back to school in the fall.

“It also puts more of a ‘locally sourced foods’ focus on it. Local ingredients aren’t as plentiful in November.”

The impetus for altering the dates for “Restaurant Week“ in Grand Rapids happened as a result of booking the Society of Automotive Engineers convention at DeVos Place, which, in turn, forced Small and his staff to shift the popular Beer & Wine Show to a different spot in the November lineup.

After considering its options, Experience Grand Rapids consulted with chefs and restaurateurs throughout West Michigan and decided the ideal fit for “Restaurant Week“ would be mid-August.

“I think it’s a win-win for everyone,” Small said. “We had been chasing the Society of Automotive Engineers for a while. Our mission is booking conventions. It forced us to find another spot on the calendar for the Beer & Wine Show since it had followed ‘Restaurant Week‘ the past two years.

“It just made the most sense to move ‘Restaurant Week‘ into August. The local chefs and restaurants agreed with it. The fresh produce and ingredients are at their peak in the first week of August,” he added

“Our plans are to keep it there.”

Any remaining doubts about the switch faded when Small looked at the results of a Grand Rapids Magazine readers’ poll that named “Restaurant Week“ as the second-most anticipated event on the local scene.

“We finished second behind ArtPrize, of course, but ahead of everything else, including Festival,” Small said. 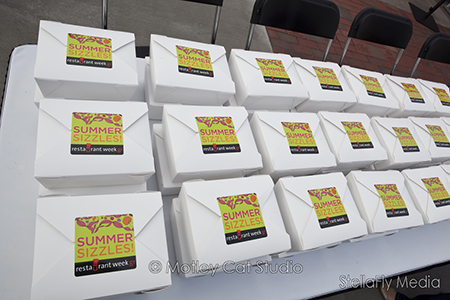 The concept for “Restaurant Week” is bigger and bolder this year.

There are more than 60 establishments participating and the geographical range includes more eateries along the lakeshore. A dollar from each dinner helps fund the Culinary Institute at Grand Rapids Community College, which has been the recipient of $40,000 in donations the first two years.

“We’re going to spread our wings and market more to the lakeshore this year,” Small said. “There’s a lot of Illinois license plates along the lakeshore during the summer months and this is an opportunity to get a lot of those people to experience what the dining scene in West Michigan has to offer.”

Each participating restaurant offers a minimum three-course meal for $25 per person, although some places offer as many as five courses. Most eateries offer more than one option per course.

The participating bistros and brew pubs offer three-course dinners for two people for $25, since those establishments are a lower price point on their menus. Most offer more than one option per course.

The “Grand Cocktail Contest” presents a new twist on the proceedings.

In addition to meals, the mixologists at 18 local establishments are participating in a competition to see who is able to come up with the most unique cocktail surrounding the international launch of two new liqueurs — Grey Goose Cherry Noir Vodka and Bacardi Oakheart Rum.

A panel of judges and on-line input from diners will determine the winner. 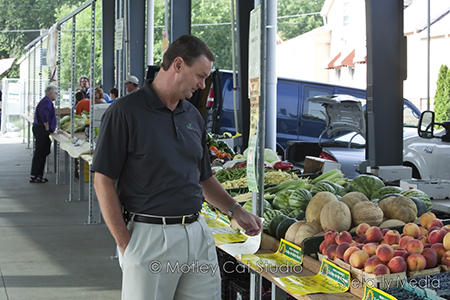 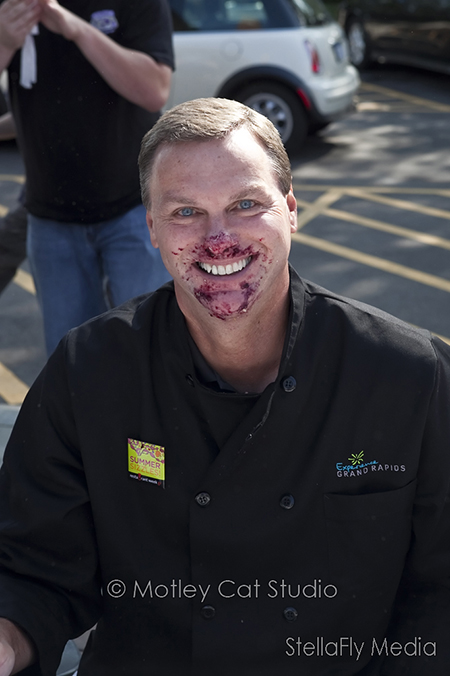 Small is salivating at the menu options this year.

He personally reviews each of the participants’ menus and then plans his gastronomic adventures for the week around those establishments putting an emphasis on locally sourced fresh ingredients.

“I look at every single menu. I chose restaurants that do local first as much as possible, have a creative new dish not normally found on their regular menu and those that give me more than one choice for each course.

“I think this is the best year I’ve seen for creativity. There’s some real surprises out there.”

One final surprise: Small said Experience Grand Rapids is planning an announcement immediately following “Restaurant Week” about an forthcoming event in the winter involving local restaurants. He insisted it isn’t a second “Restaurant Week,” which has been speculated in the past.