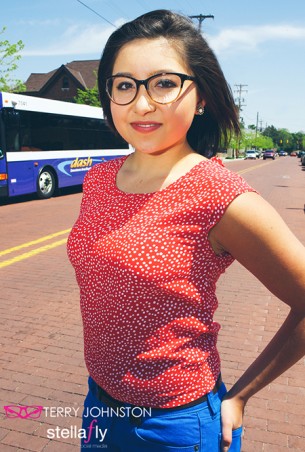 Ernest Hemingway said, “Courage is grace under pressure.” If anyone exemplifies these words, it’s Allison Arnold.

To say Allison has achieved a lot in her 18 years on this planet is an understatement. The soon-to-be graduate of Grand Rapids Public School‘s City High School has done more before her first day on a college campus than many do in their lifetime…and she’s just getting started. She is an accomplished scholar, writer, intern extraordinaire, and activist who I am confident will spend her lifetime being a change-maker.

Born and raised in in Grand Rapids, Allison attended Huntington Woods Elementary through second grade and then St. Andrew’s Catholic School from third through eighth grade. Her writing career began with stories she wrote in Kindergarten. Her second grade teacher, Mrs. Bush, praised her for something she had written, and she was so proud that she hung it up in the house. But her “big break” came in the 8th grade when she won an essay contest sponsored by Sharpe Buick. By then, she had become more confident in her writing and developed a great passion for the written word. 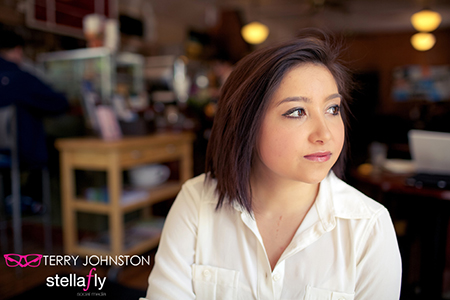 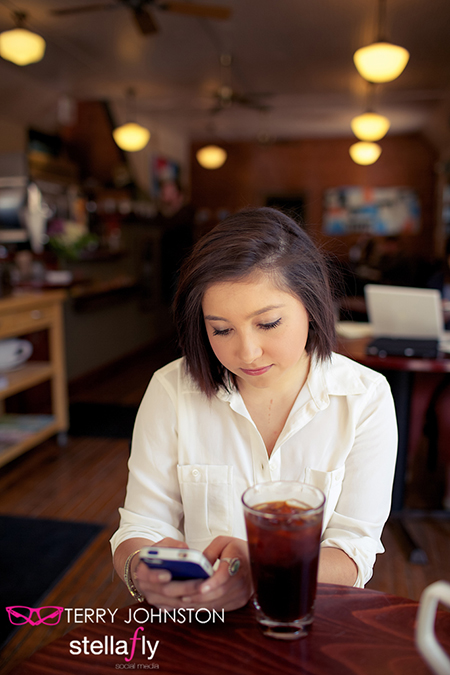 When it came to choosing a high school, Allison was looking for a challenging curriculum and the opportunity to broaden her horizons. According to her mom, Chris, “We (Allison’s parents) decided that City High would be a good school for Allison, based on the academics, diversity of the student body, and rigorous curriculum. We wanted her to be in an environment that reflects the broad diversity of our community and world. It was very brave of Allison, being a ninth grader going into City. Many of the kids had established friendships so the social aspect was challenging, but has made her a stronger person in the long run.”

In ninth grade, Allison joined the Environmental Club, which helped her develop a passion for causes such as recycling and sustainability. In her junior year of high school, she won an honorable mention award for her essay for the West Michigan Sustainable Business Forum. This led to an internship at the West Michigan Environmental Action Council (WMEAC), where she combines her desire to help the earth with her love of journalism to publish the WMEAC blog posts.

She is also an up-and-coming leader, having been chosen for some incredible opportunities including the Washington Journalism and Media Conference (WJMC), an annual event that brings together high school student leaders from throughout the country as National Youth Correspondents. In her sophomore year, she began helping out at the Bob and Aleicia Woodrick Diversity Learning Center at Grand Rapids Community College, where her mother serves as Director, and because of her work Mayor George Heartwell recognized her as one of his Champions for Diversity. 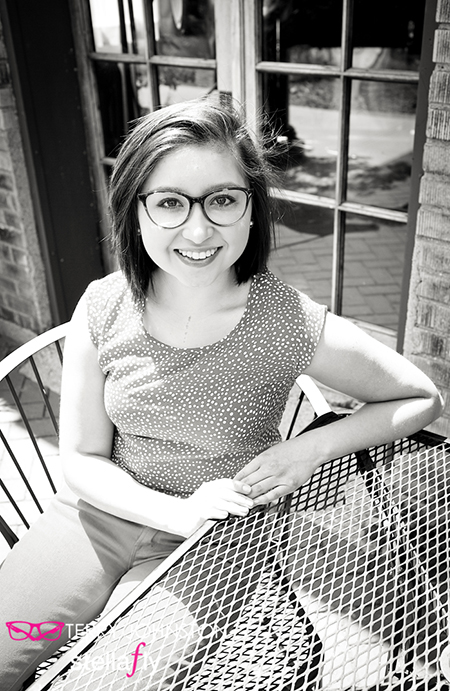 As part of the Michigan Women’s Foundation’s (MWF) Young Women for Change, Allison is learning to lead as a philanthropist. Young Women for Change is a group of high school girls who receive and evaluate grant proposals, determining which proposals fit their priorities; and fundraise so they can grant more requests for funds each year. Community activism and volunteerism are also a large part of their mission.

This past year in preparation for graduation, Allison has continued to expand her horizons by interning at WGVU. During her internship with The WGVU Morning Show, she greeted guests, assisted with show preparation, and learned the industry. Her mentor at WGVU, Shelley Irwin said, “It was my initial fortune to experience Allie in what she does best…following her passion of journalism! I have also witnessed Allie in front of several large audiences, sharing personal words of inspiration, moving the audience to tears. Allie is destined to follow her calling of motivating others to do their best.”

But all of these experiences, all of the amazing opportunities…it doesn’t mean that life has always been easy for Allison. She has had (more than) her fair share of frustrations and struggles as a young woman. In 2011, Allison was hospitalized for anorexia and depression. Striving for perfection, trying to solve all of the problems of the world, and attempting to be involved in every extracurricular activity available had taken her to a very dark place. Two years later, she is doing much better. That’s not to say she never has tough days, but Allison does not let it slow her down. In fact, she takes the time to talk to others about it because she wants to use her story to inspire others.

In 2012, Allison spoke at the MWF’s 25th Anniversary Luncheon, telling her story of a struggle with anxiety and an eating disorder. She gave a beautiful testimony, speaking with amazing grace and poise, and received a standing ovation from a room full of community leaders. Stacie Behler, Vice President of Public Affairs at Meijer, Inc., got to know Allison through the MWF, where Behler is a Board Member. “Allison was a wonderful ambassador and spokeswoman for the Michigan Women’s Foundation and its Young Women for Change programs. She spoke from the heart and shared her story with and inspired me and so many others to be mindful of the struggle young women may face with depression and anorexia. She is a strong, stellar role model that I am so proud of,” said Behler. 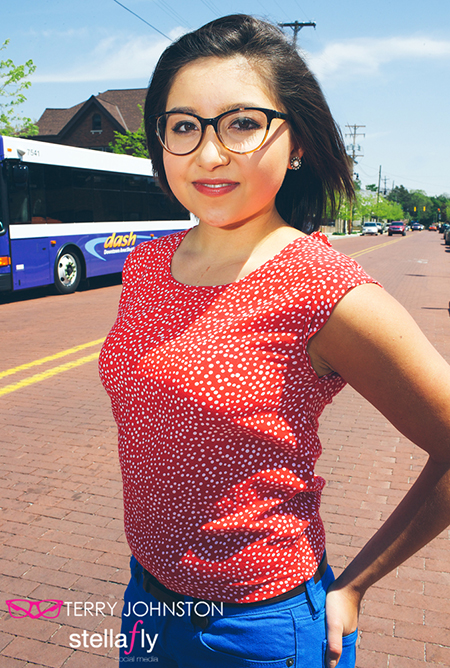 All of these experiences have helped prepare Allison for the next phase of her life—college. Starting this fall, she will move to Ann Arbor and become a University of Michigan Wolverine. She has been awarded the Grand Rapids Chapter of the University of Michigan Alumni Association’s scholarship; Latino Youth Scholarship; and the very prestigious Jean Fairfax Scholarship from the University of Michigan. The Fairfax Scholarship recognizes students with strong academic performance and a solid record of leadership, and will provide $40,000 towards her college education. She plans to study International Relations and Social Justice and Environmental Issues with a career in journalism and photography. She hopes to have a career at National Geographic one day. 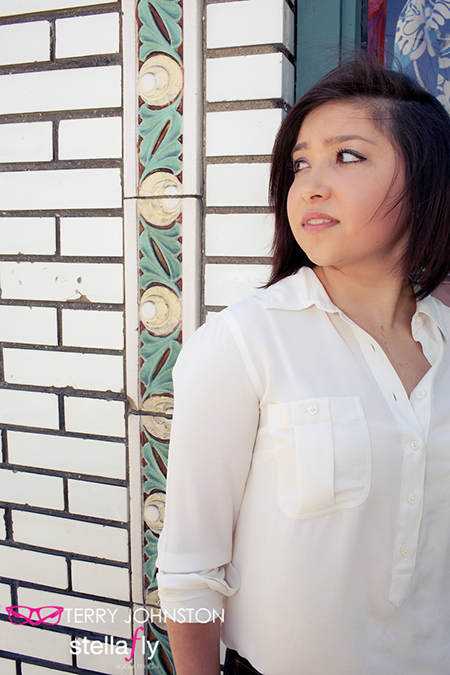 Before she heads off to Ann Arbor, she will certainly be spending time at her favorite places in Grand Rapids – working out at The Funky Buddha Yoga Hothouse and the YMCA; eating at her favorite restaurants like Marie Catrib’s, Grove, Bistro Bella Vita, Amore Trattoria Italiana, Maggie’s Kitchen, and Speak EZ (she loves farm-to-table food and restaurants with a nostalgic atmosphere; and enjoying a good book in various coffee shops around town. You will also be seeing her all over West Michigan this summer as the newest member of the Stellafly team, as she will be interning as a writer. We’re beyond thrilled to have her join us and anticipate incredible things from this up and coming talent.

When I asked her what else she hopes to do in life, travel is definitely on the list. Her favorite city is New York, and she hopes to visit Seattle, Los Angeles, and take a backpacking trip through Europe—she’d like to become fluent in Spanish and visit Spain. No matter where Allison ends up, her heart will belong to Grand Rapids. She loves how “everyone is connected,” and she is thankful for all the people here who have cared for and supported her.

Most of all, Allison will do the things that make her happy, because in her words, “If you can’t do something that makes you happy, don’t do it.”