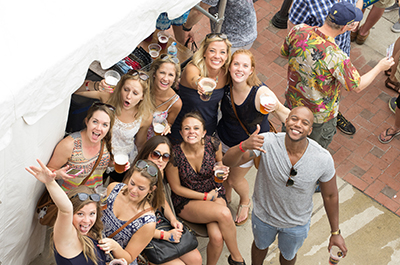 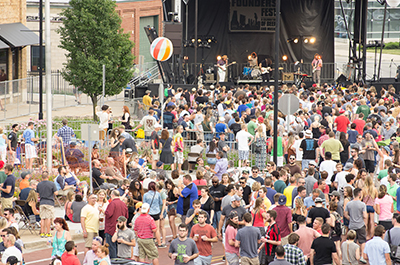 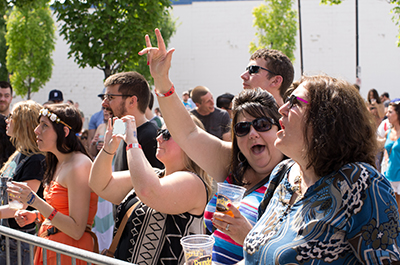 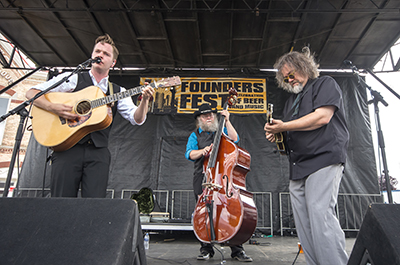 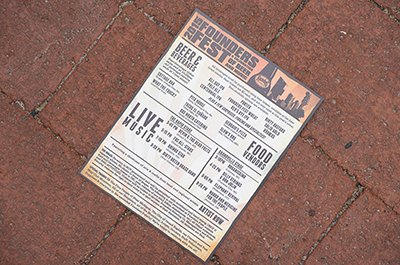 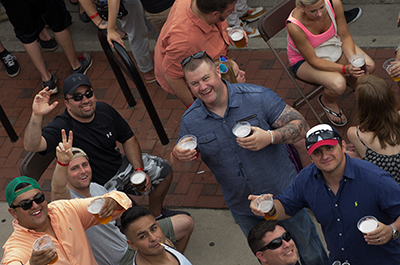 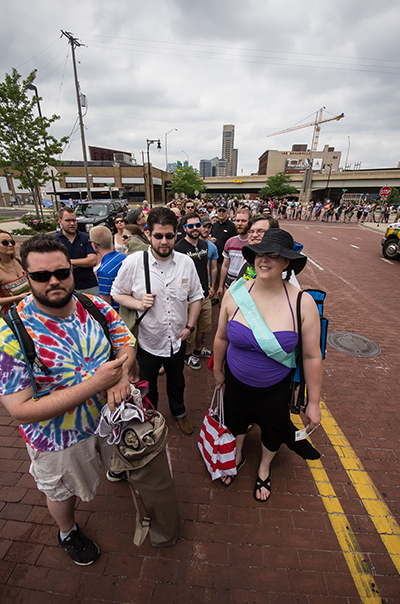 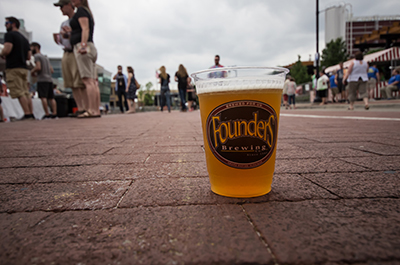 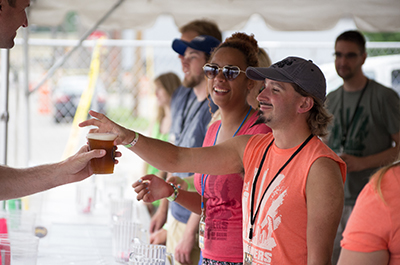 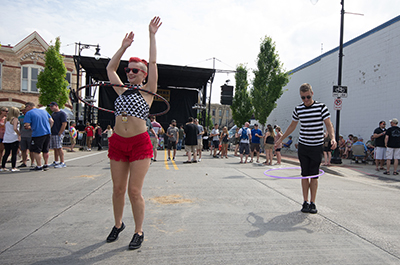 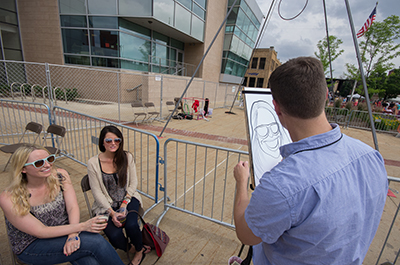 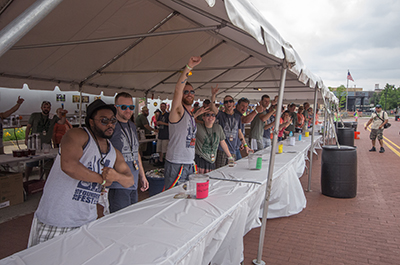 On a cold, snowy winter Saturday, the 2013 Michigan Brewers Guild Winter Beer Festival was a veritable fantasy land for Michigan beer lovers. The gates opened and throngs of ravenous beer fans flooded the festival grounds, while a brisk breeze and steady snowfall set the stage for epic afternoon of beer quaffing and reveling. Festival goers clad in all manner of outlandish outfits made their way through four tents of breweries, large and small from across the land shaped like a hand. All though food vendors were selling neanderthal sized turkey drumsticks many festival goers choose to snack on their ‘pretzel necklaces’ resplendent with everything from simple pretzels to full on bagel sandwiches and beef jerky.

Eccentricities were not left alone to the festival participants, breweries brought some of their most ‘out there’ beers. Right Brain Brewery out of Traverse City brought their Mangalitsa Pig Porter, yep you read that right … pig in your beer. According to David Springsteen, a ‘Libations Liaison’ for the brewery, three cold smoked pigs heads are used in the brewing process. The beer has an appealing smoky, unctuous character without being meaty, words normally used to describe a bacon heavy dish applied to a beer. Who would have thought? 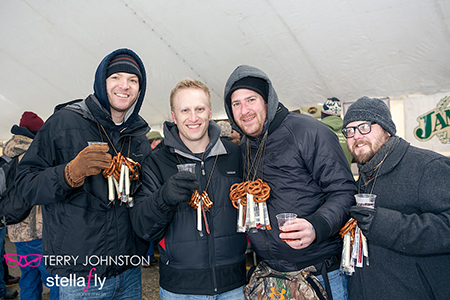 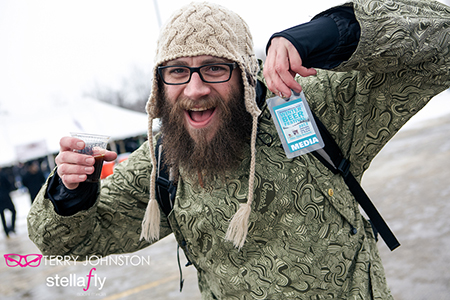 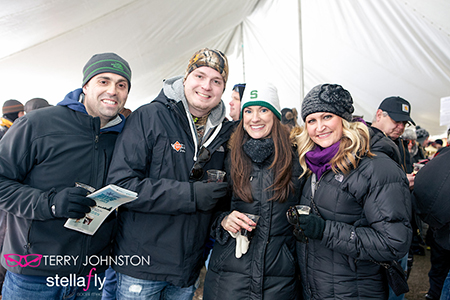 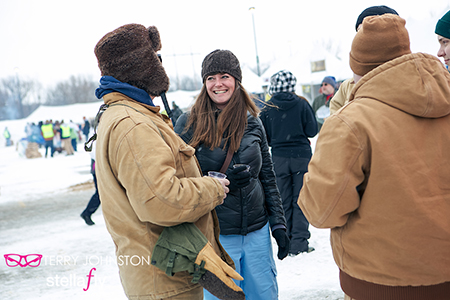 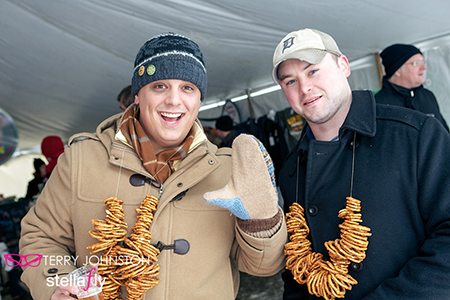 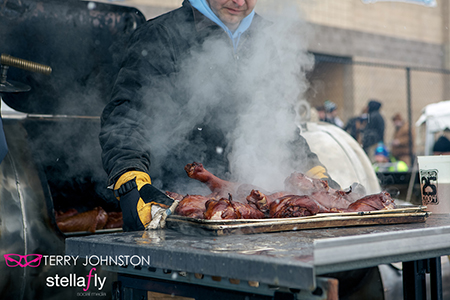 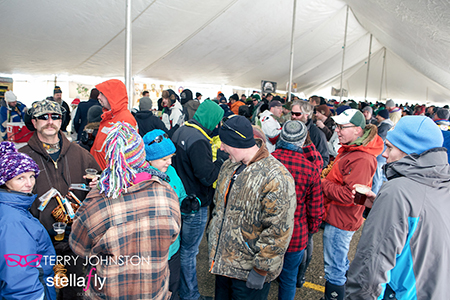 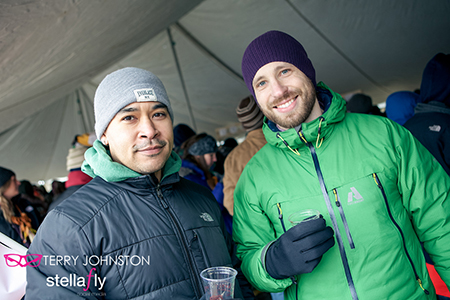 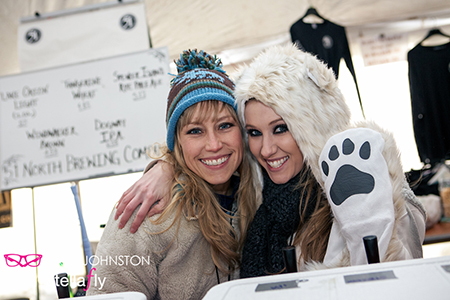 One of those young breweries is The Mitten Brewing Company, which just happened to have one of my favorite offerings of the entire festival. Their Death to Flying Things Bourbon Imperial Stout, clocking in at 10.2% ABV, is a wonderfully complex concoction of warm vanilla booziness and smoky roasted malt flavors. I had the opportunity to speak with the very busy co-owner Chris Andrus and we discussed how these flavors are accentuated by a one month stint in repurposed bourbon barrels. 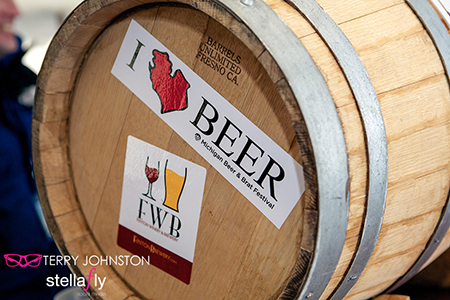 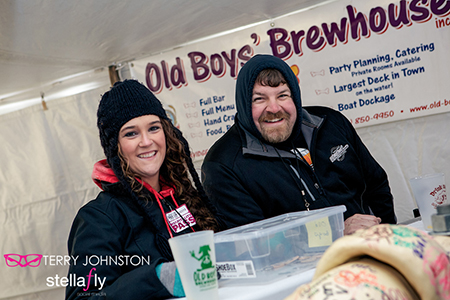 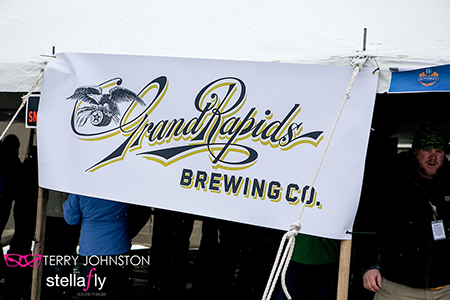 Speaking of festival favorites, when I originally reviewed the overwhelming list of beer offerings, I had selected 32 must try beers. Clearly not able to logistically sample all 32 beers nor a smart decision, I decided to go with the flow and let my impulse guide the samples I’d try. Besides the aforementioned The Mitten Brewing Company’s Death to Flying Things, here’s the rest of my favorites in no particular order:

• Blackrocks Brewery Double Ginger IPA: Fiery ginger and sweet maltiness made this immensely appealing. Citrus aromas interplay with the ginger keeping your senses on their toes.

One exciting trend that appeared at the festival was the use of Michigan grown ingredients. New Holland Brewing Company brought back an old favorite, Paleooza, Michigan Pale Ale, hopped with only Michigan grown Cascade hops. While local hopped beers are common in the fall as the harvest is coming in, its great to see a commitment to a mainstay beer with lengthier availability.

When all was said and done (and everyone thawed out) and the last kegs were emptied the 2013 Winter Beer Festival was a smashing success. Overwhelming at times with just the shear selection of high quality Michigan beers and the spectacle that comes with the frenzied enthusiasm, good times were had by all.