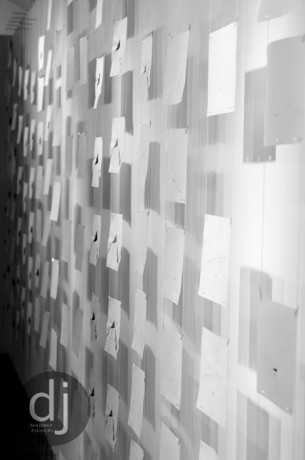 Richard Negre has placed thousands of miles on his airline loyalty card this year. February found him in Tokyo for the Japan Media Arts Festival. April found him in Spain for the Mecal Festival Internacional de Cortometrajes de Barcelona, a trip home for him since Barcelona and Paris have been twin homes all his life. In this regard, he is the same as Picasso, a man of France rooted in Spain. Late May found him in Zagreb, Croatia for Animafest. Next week will find him in Australia for the Melbourne Animation Festival. Fall will find him in Britain for the London International Animation Festival. This week in June has brought Negre to Western Michigan, where he has achieved a triple crown, celebrated as an honored guest at the Urban Institute for Contemporary Arts and the Grand Rapids Art Museum after opening an exhibition at the Fire Barn Gallery, a gallery sponsored by the Grand Haven ArtWalk. 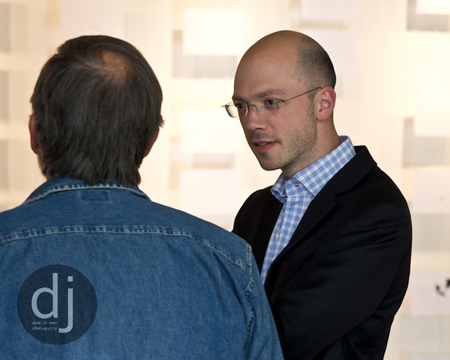 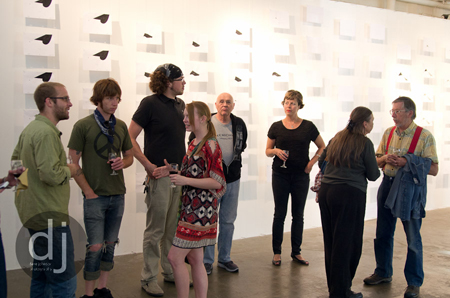 An animator with four films on his vita and a fifth film in three dimensional color in production, Negre has promised to make the evenings at UICA and GRAM entirely different, deep examinations of the essential nature of animation, with different films screened each night. A film on the making of Une Seconde Par Jour will be screened at UICA. Negre’s first award winning film, featuring his highly sought after paintings exhibited at Parisian galleries, will be screened at GRAM. The GRAM presentation leads into a reception at Cygnus 27, on the 27th and 28th floors of the Amway Grand Hotel. Negre has astounding powers of conversation; his skills and perception will lead to fascinating conversation as one gazes over the sea of lights. He has a way to make each conversation count. Remember, Richard Negre can animate anything. Read onward.

Negre has studied at the Gobelins School of Animation in Paris as well as the Disney Studio of Montreuil, France. Even more, the entire month of May, he shared a residency in animation at the Abbaye de Fontevraud in Anjou, France, discussing and collaborating with animators from all over the world.The animator from China saw Une Seconde Par Jour, and suggested how the film could be developed merely by changing the camera’s viewpoint, and that insight made Negre think “Eureka”! However, following Christo’s gamebook, Negre funded the production of this animated short by selling the cells to a worldwide league of collectors. Negre has been astounded by the hundreds of clever ways members of his guild have achieved animative effects. An animator in South Africa has produced an animated movie on a single sheet of paper. A second animator stunned Negre with an animated movie scratched onto black, exposed film stock. If you are looking for a breakthrough in animation, Negre’s talks are for you.

The story of Negre’s visit is more than that of a world class artist leaving a trail of inspired West Michigan artists, although that effect began Wednesday night. It is a story of lifelong friendship between two painters who love the Old Masters, with Chris Protas holding up standards in West Michigan. Protas and Negre met over a decade ago while painting in a gallery of Old Masters in the Metropolitan Museum of Art, striking up a conversation. When Protas visited Negre in the Montparnasse enclave of Paris, intending to paint together, Protas discovered a historical marker on Negre’s studio. The studio, preserved to remember the presence of the Eighteenth and Nineteeth centuries, had served as studio to Modigliani and Gauguin. To welcome Negre to Grand Haven, Protas labored long into the night to hang the more than 150 pen and ink stills, numbered and dated, on the east wall of the Fire Barn Gallery, suspending the artifacts a foot before the wall on rails of white twine. 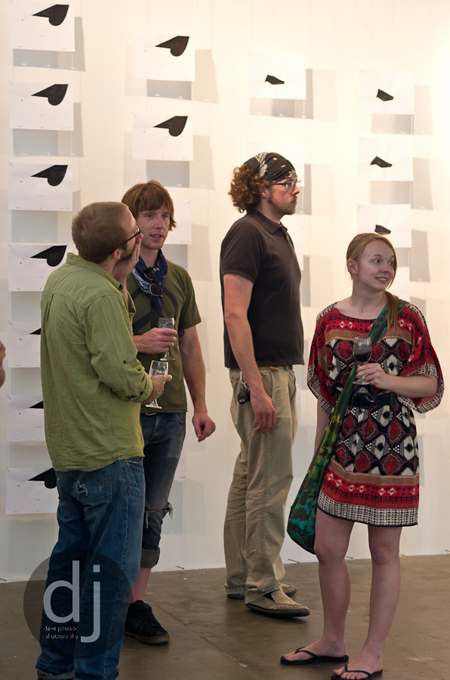 To arrange Negre’s visit to West Michigan, Protas called upon the resources of the Loutit Foundation and the Grand Haven Art Walk, establishing what has become the ArtWalk’s first artist-in-residence program. Wednesday night, Protas read from prepared remarks to introduce his friend and his work as an animator, moving remarks that celebrated an international friendship through the arts. Protas will be introducing Negre at UICA and GRAM, and his essay proves him to be one of our lakeshore’s leading thinkers on the philosophy of art. Protas cultivates artistic friendships with the same ardor he collects lost art and pictures of street art. In February 2012, his audience at the Fire Barn Gallery was delighted to meet a collaborator from Brooklyn, Jason Eisner, who brought his “On The Road” series of paintings. The schedule of the Fire Barn Gallery has been planned a year into the future, with surprises Protas keeps for the right moment.

It would be a spoiler to describe the experience of viewing Une Seconde Par Jour with the filmmaker present. Keep in mind that the filmmaker has roots in Spanish and French culture, and these cultures emerge in the animated short as a living presence. It would be a spoiler also to describe the experience of conversing with Richard Negre, who has the ability to listen with genuine attention. Negre reads voraciously the works of a local author when visiting a region, focusing on the works of Jim Harrison for West Michigan. This is the point where he draws you into his project. What is that project? Imagine that he attends his evenings with scraps of papers and a four-color ink pen. And remember, Richard Negre can animate anything and has a mission to capture time. 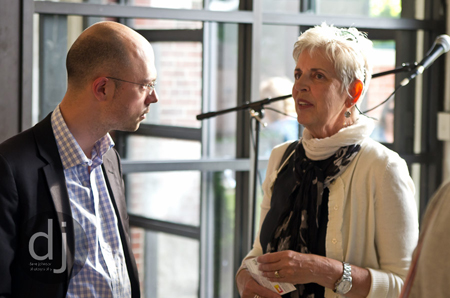 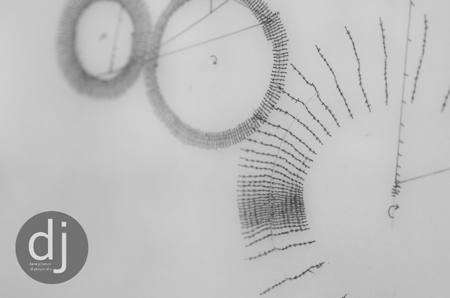 To be sure of the schedule, Richard Negre presents Thursday, June 14th at UICA, at 7:00 PM, a free screening. Negre’s presentation at UICA maintains the institution’s commitment to bringing award winning filmmakers to their auditorium, following on the visit of Oscar winning documentarian Daniel Junge in early May. UICA might seem to struggle; yet, the film auditorium is the vital heart of the institution where the stalwarts have chosen to rally. Negre presents as part of the Friday Night Conversation series at GRAM, Friday, June 15 at 7:00 PM.