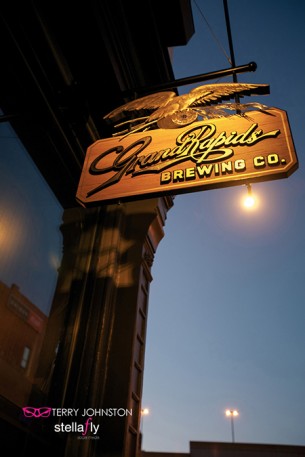 The Grand Rapids Brewing Company (GRBC) will be open to the public on Wednesday, but a few lucky folks had a chance to try it out a day early at a private event hosted by owners Mark and Michele Sellers. The Sellers’ company, BarFly Adventures, also owns several other restaurants in Grand Rapids, including HopCat, Stella’s Lounge and McFadden’s. This bar is a nod to the original GRBC, which closed on April 26, 1918 due to the Prohibition Act. 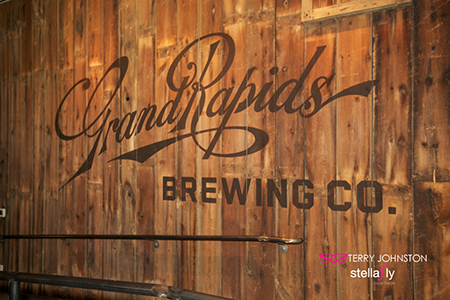 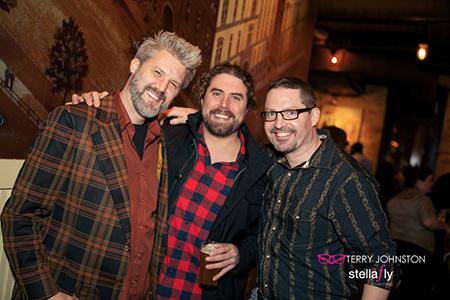 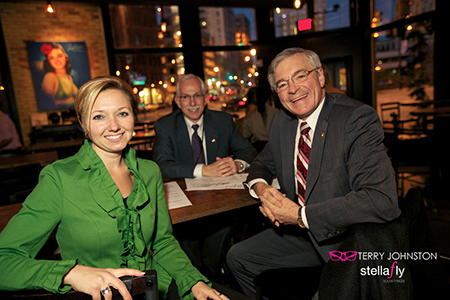 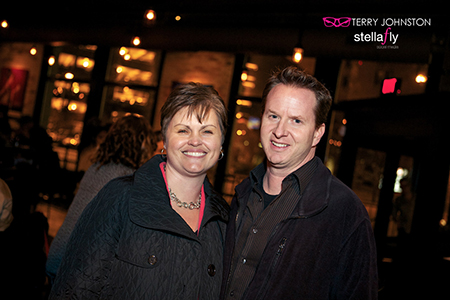 Walking into the GRBC on Tuesday night was a bit like taking a trip back in time. The designer, David Dodde, calls the newest addition to downtown, “an homage to Grand Rapids…a factory in the front, and a barn in the back.”

There is even a Grand Rapids theme to the beer names—you can try The Fishladder, John Ball Brown, The Senator Lyons Stout, and there’s even a Rosalynn Bliss Blonde. The Silver Foam is their marquis beer, and is a reformulated version of the original GRBC’s famous brew. 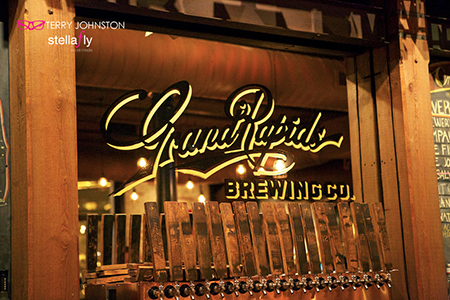 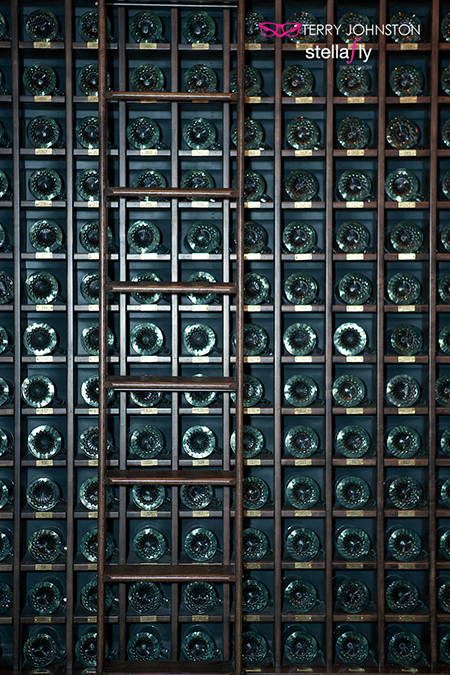 There are several distinctive features throughout the restaurant. Much of the wood is reclaimed, there is recycled brick on the bar, and the hostess stand was at one point the foreman’s station at the Chris-Craft factory. The bar dons two bar areas including a copper-plated draft box and bar top. The back bar was built by Marc Wiegers from Greenwood Studio. Their sign was designed by local artisan, Dan Carlson of Carlson Design. The venue also offers up a beautiful private room available for parties of 50 or more. The private area can accommodate up to 90 people seated or 150 people standing. The GRBC is also the Midwest’s first all-organic brewery.

The GRBC officially opens its doors to the public at 3:00 on Wednesday afternoon, and they will literally be “rolling out the barrel” to kick things off, complete with an accordion player. That is also when the official Mug Club will be opening up for membership. For an annual fee of $65, you will receive a mug inscribed with your name and $1 off beers all the time, $2 off beers on Mondays (Mug Club Night), discount tickets to special events, and first chance at any special release bottles. 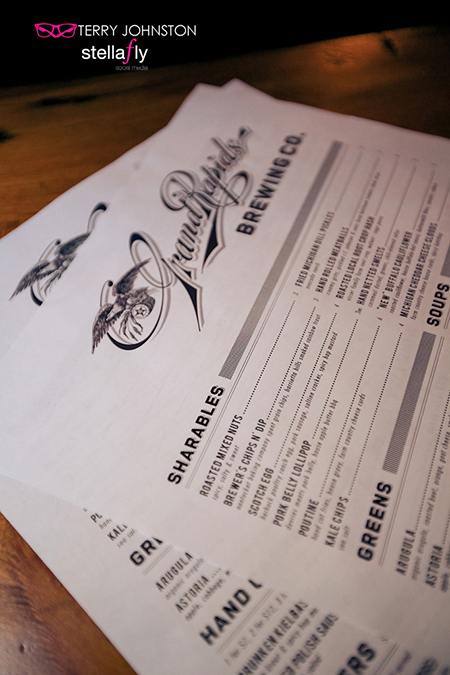 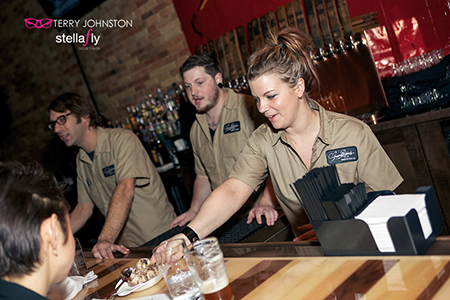 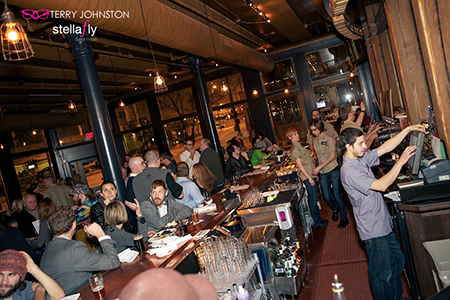 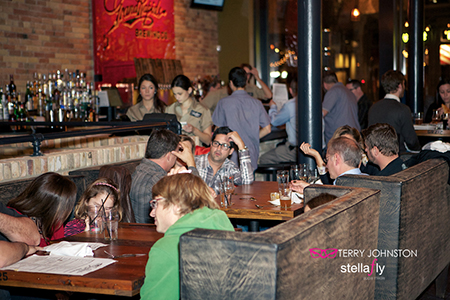 It’s not all about the beer, either. The menu is full of unique appetizers, main dishes, and even some sweet treats to wrap up your visit. Start off with the Pork Belly Lollipop or the Fried Pickles, then move on to a Cauliflower “Steak” Sandwich, and finish off your meal with a Drunken Elvis Cupcake. The menu was designed by Michigan native, Adam Watts. Adam moved to Grand Rapids from Boulder, CO in early November to join GRBC. Adam was born and raised in West Michigan. He graduated at the top of the class from the GRCC Secchia Institute of Culinary Arts. He set out to learn from the best chefs he could in order to expand his culinary palette. Since graduating from Secchia, he has cooked at Northern Michigan’s iconic Tapawingo, Edinburgh, Scotland’s Rhubarb at the Prestonfield Hotel, California’s Chateau du Sureau, Kalamazoo, MI’s Rustica, and Boulder, CO’s The Kitchen Cafe. Most recently, Adam was chef of Jax Fish House and Oyster Bar in Boulder.

Make it a priority to check out the Sellers‘ latest venture. As usual, you will not be disappointed!