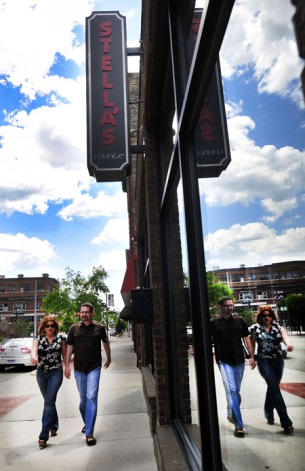 “Anyone who likes to hang out in bars at some point will whimsically say, ‘Oh, it would be cool to own a bar, ’” said Michele Sellers. “A lot of people say it; most people don’t really do it.”

Except Michele Sellers and her husband Mark actually did it.

Under Barfly Ventures LLC, Michele and her husband Mark Sellers own several downtown Grand Rapids hotspots. The pair started with Hopcat, a thriving bar on the corner of Ionia and Weston in downtown Grand Rapids. They also own Stella’s Lounge and the Viceroy on Commerce and McFadden’s Saloon — also on Ionia.

Recently, the Sellers announced plans to re-open the historic Grand Rapids Brewing Company on the corner of Ionia and Fulton. All beers will be brewed using organic grains and ingredients. This will make GRBC Michigan’s only all-organic brewery.

A self-described “beer geek,” Michele Sellers professed her enthusiasm for a re-energizing a beer brand that began in 1893. 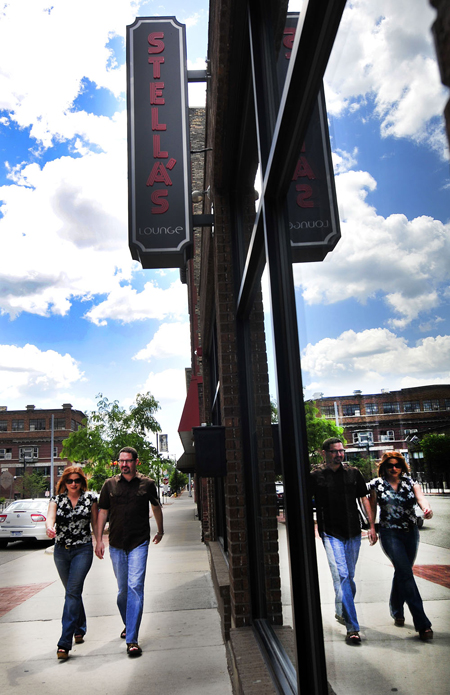 “I am really excited to have our hands on a piece of history and play a larger role in the community,” she said. “It’s really cool to be able to have just our own craft beer that’s still rooted in the past.”

Yet Sellers admitted that prior to 2006, she never had any serious plans to own even one bar. Rather, her career began in Berkley, a suburb of Detroit near Royal Oak. 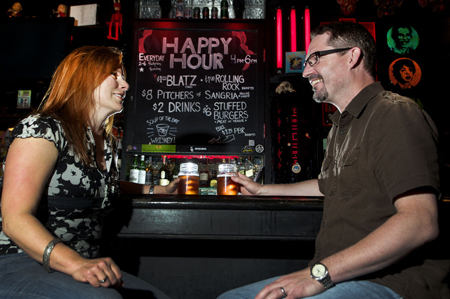 “I have a long and storied career as a record store employee. I was working at a now defunct company called Harmony House,” she said. “I worked there for two years and then I moved companies. I was an avid music fan. I went to college. I dropped out of the University of Michigan and landed a job in the mail room of an IP (intellectual property) law firm. And I became a paralegal at that firm.”

During her time at the record store, Sellers started brewing beer with her friends in her tiny kitchen in Berkley. It was at this point, Sellers became what she described as a ‘beer geek’.

“We didn’t drink anything yellow and fizzy,” she said. “We looked down our noses at people who did..”

Sellers has since compared notes with her husband. While Michele was experimenting with lambics in college, Mark was still drinking Meister Brau in cans.

“When I met Mark, he was not well versed in craft beer,” Sellers said. “He was a fan of Sam Adams. I believe his gateway beer was Sierra Nevada. He likes hoppier beers.” 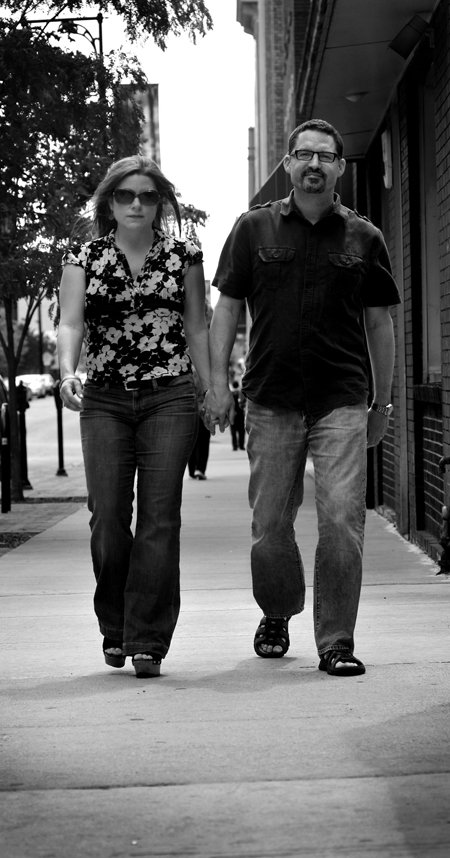 The couple married at the Round Barn Winery in Baroda, Michigan in 2006. On a post-honeymoon trip, they both had an eye opening experience.

“We ended up driving around Lake Michigan without any schedule or itinerary of any kind,” Sellers said. “One day, we ended up at Shorts Brewing Company in Bellaire.”

She described that visit as a “religious conversion” for both of them.

It was on that trip that the Sellers came to realize that Michigan brewers are “…tightly knit and supportive of each other.” Far from being a competitively cutthroat industry, brewers seem to respect and enjoy each other’s accomplishments.

Still, the honeymooning couple had no intentions of owning a bar. When Michele learned that one their favorite restaurants in Grand Rapids — the Sierra Room — would be closing, she remembers saying, “Bummer. I like that place.”

Her husband Mark, however, had a different reaction.

Michele thought he was crazy.

Michele needed to be convinced.

“I’ve learned now not to say ‘I think that’s a bad idea,’” she said. Instead, Michele said she listens and takes a few days to get back to Mark when he wants to begin a new venture. She needs a little time “to think about pitfalls” before committing to anything. 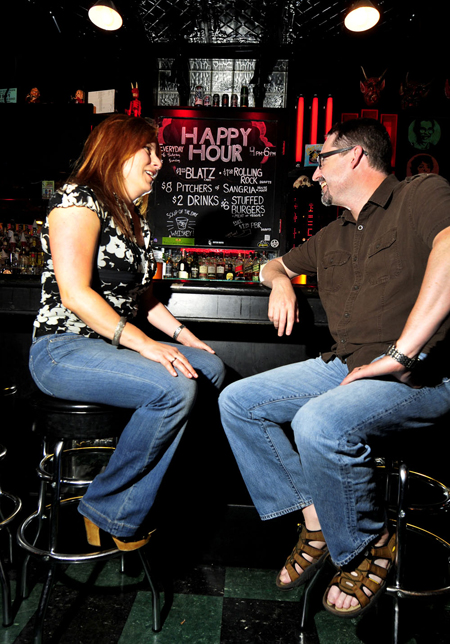 “You know how you have legislative, the executive, and the judicial branch of the United States Government?” he said. “She’s probably the judicial. She stops me from making hasty decisions sometimes. She makes me slow down and think through things more. And that’s a good thing. Check and balance.”

Like the three branches of government, there are also three decision makers at the bars: Garry Boyd, Mark, and Michele. Michele describes Boyd as the third crucial point in the decision-making triangle.

“The three of us working together have divergent strengths and weaknesses,” Michele said. “Together, we avoid things from going wildly awry in our wild enthusiasm for a project.”

Aside from providing a thoughtful voice, one of Michele’s favorite roles is that of social organizer: she loves hosting events and parties.

“I really enjoy playing hostess here. We have had many increasingly large parties over the years. It’s one of my favorite weekends of the year when we throw a summer party. We throw an increasingly large New Year’s Eve party as well. Those are my two favorite days of the year. Kind of the madness of the preparation and the organization.”

Embracing new and exciting ideas with wild enthusiasm also appears to be a consistent theme in the both Sellers’ lives.

“In an 18 month period, we got married, we moved to a different state, bought our first house, changed jobs, leased and renovated a bar, opened a bar, ripped out our kitchen, and got a dog,“ said Michele Sellers.

After that whirlwind, Michele felt she had enough of tumultuous change. However, eclectic and electric variety appears to be a constant in the Sellers’ lives.

“I am less adaptable to change than Mark is,” Michele said. “However, whenever I start to feel overwhelmed with things –’oh, I want to buy a new business!” I want to do this, I want to do that’ — I remind myself that it’s better than being bored. To me, that would be the worst thing in the world.”

It doesn’t seem that boredom is a new venture that Michele Sellers will risk any time soon.

One thought on “So a couple walks into a bar…and they buy it. Meet Michele Sellers.”