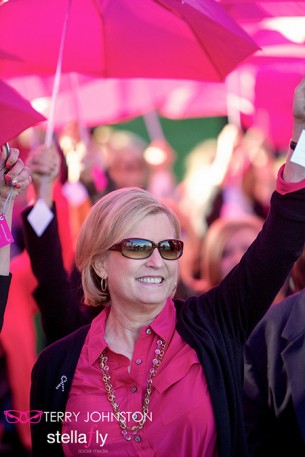 I raised a pink umbrella for my friend Beth today. It has been almost a year since her breast cancer diagnosis, which she faced with incredible strength and a phenomenal attitude, and had the support of many friends and family. All of that combined with great doctors led to her not only beating the cancer, but completely kicking its ass. Today I was proud to honor her at a very special event sponsored by Betty Ford Breast Care Services at Spectrum Health. 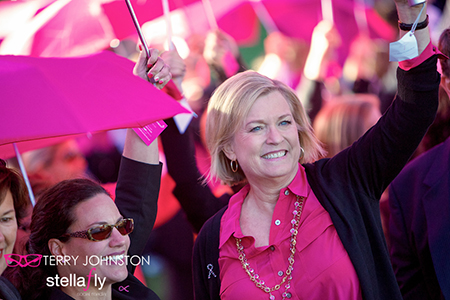 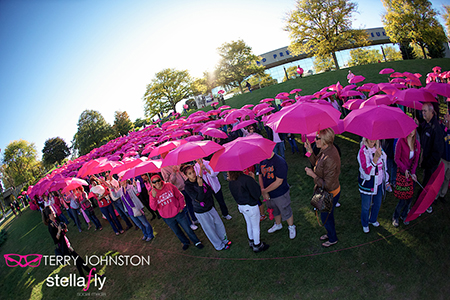 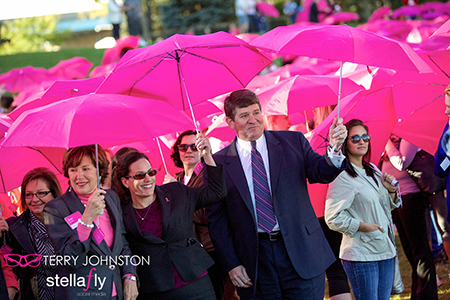 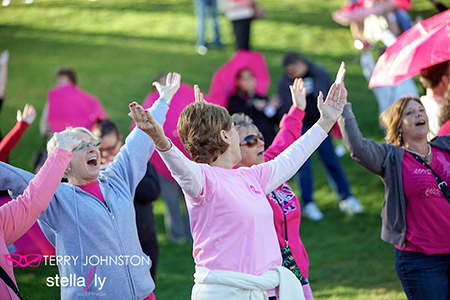 On a perfectly sunny October afternoon, nearly 2,000 people gathered in Ah-Nab-Awen Park in downtown Grand Rapids for the Ribbon of Hope. As everyone arrived, they were given a hot pink umbrella and were entertained by DJ Internio from 104.5 FM. It was a sea of pink, from pink clothes to pink shoes to a particularly sparkly pair of pink socks that I spotted while waiting for the event to begin.

As the group gathered on the lawn in the shape of a pink ribbon, Susan Ford Bales—daughter of President Gerald R. Ford and First Lady Betty Ford—took the stage to welcome everyone and ask them to raise their umbrellas in honor of her mom and the special people in their life who had survived breast cancer. First Lady Betty Ford was a pioneer in raising awareness about breast cancer when she announced her diagnosis in 1974, and because of her openness, women across the United States saw the importance of the self-exam, and it was no longer a taboo topic. 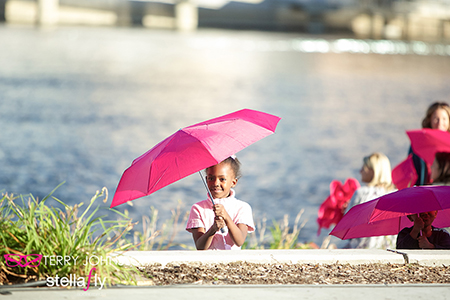 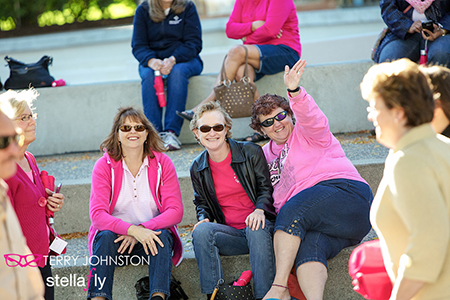 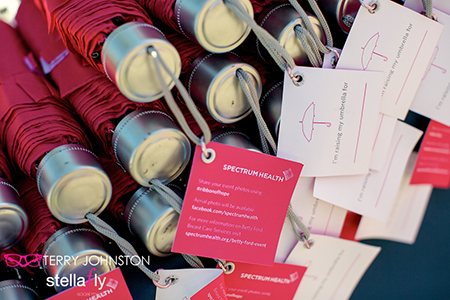 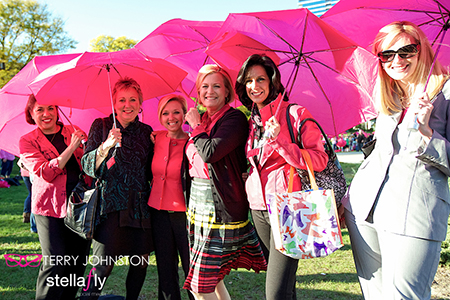 As we continue along through Breast Cancer Awareness Month, and throughout the rest of the year, let’s continue the conversations that were had today. According to the American Cancer Society, 1 in 8 women will face invasive breast cancer in their lifetime. Thanks to increased education, earlier detection, and improved treatment, there are now 2.8 million breast cancer survivors in the United States. If you have questions about breast health, Spectrum Health’s Betty Ford Breast Care Services (link: http://www.spectrumhealth.org/bettyford) offers a full range of services.