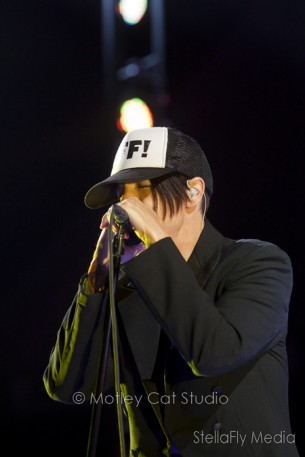 Only the Red Hot Chili Peppers could bring downtown Grand Rapids to life on our first nice holiday weekend. The restaurants were packed. The streets were buzzing with people enjoying their first summer weekend — all having a great time. Mostly though, we were excited to have one of our own, Anthony Keidis, back in Grand Rapids.

At 11 years old, Keidis moved from GR to Los Angeles with his father, Blackie Dammet where he spent his ‘tween’ years. During those years he met bassist, Michael Balzary (aka Flea) and originally formed Tony Flow and the Miraculously Majestic Masters which later changed to the Red Hot Chili Peppers. The band gained their initial notoriety by playing shows nearly nude. Except for socks, of course. 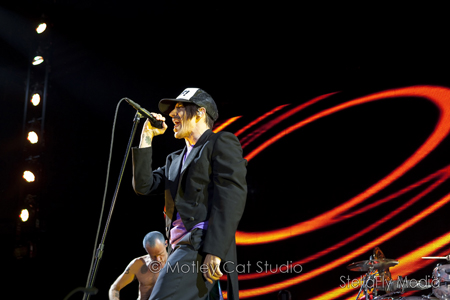 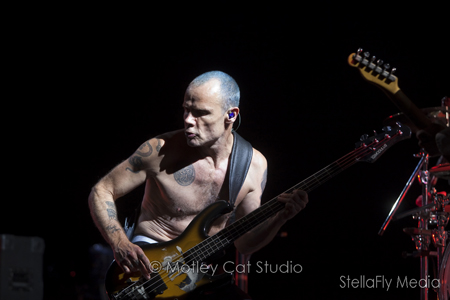 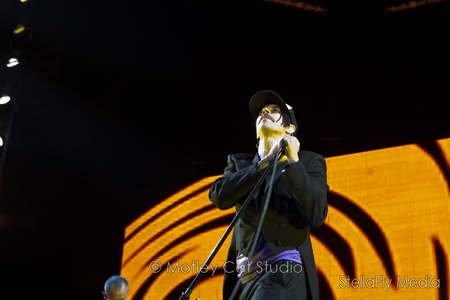 Last night they didn’t disappoint. From half legged pants and shirtless bods, they are still looking good, in amazing shape — no doubt as a result of their constant jumping and moving around on stage.

The band has had many transitions over the past 20+ years. Regardless of its members, the band’s music has remained consistently good, including their latest album, I’m with You, which is the focal point of this summer’s tour.

To be honest, I hadn’t heard anything from the new album and was pleasantly surprised. In between the nostalgic Scar Tissue and Suck My Kiss they slipped in the songs from their new album. Familiar, similar but new and fresh. I reviewed it in its entirety today and it grew on me even further. 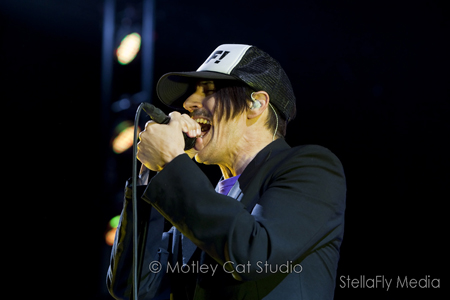 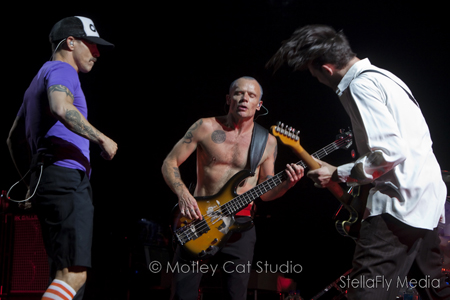 In between one set of songs, Kedis and Flea bantered back and forth taling about Michigan cities up north. Flea mentioned meeting a young girl while walking around in Grand Rapids — “I put her on the list,” he told Keidis. Keidis even gave his mother, Peggy Idema, a shout out — “I just want to say one thing — Hi mom!” 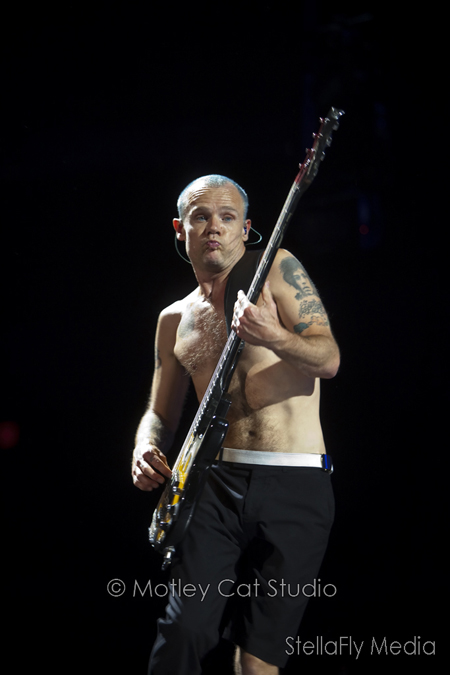 This was the fourth show for the Peppers at Van Andel Arena.

Last month, the Red Hot Chili Peppers were inducted into the Rock and Roll Hall of Fame. Both mom and dad both attended. His mother, Peggy Idema, still lives in the area. It is rumored that he returns often to visit her. Dammett plans on releasing a biography soon documenting much of his life. More details on that to come.

RHCP will play in Michigan again on June 1st at the Joe Louis Arena in Detroit.

One thought on “Red Hot Chili Peppers Bring it Home”