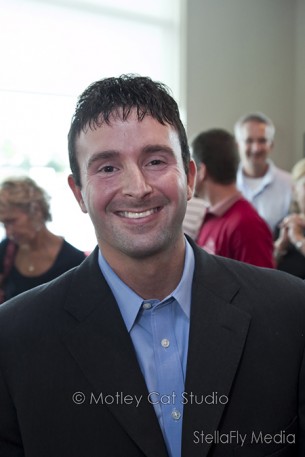 A Priest and an Ambassador met up at a restaurant opening…no, not the beginning of a joke. This was the scene at Kitchen 67 on Thursday night, when the doors were opened to friends, family, and supporters of the restaurant’s owner, Johnny Brann Jr., grandson of the founder of Brann’s restaurants, Johnny Brann, Sr.

The Sparkly Stellafly stopped in for a sneak peek of the soon-to-be-open Kitchen 67 on the East Beltline near Knapp’s Corner. The latest restaurant to open in Grand Rapids is clearly one of the most innovative, technology driven places you will dine — a groundbreaking new concept from a family with a rich heritage in dining innovation. It is obvious that Johnny Brann and the team at LiveSpace and the Apple Store at Woodland Mall thought out well out of the box as they designed the space, and left no detail untouched. 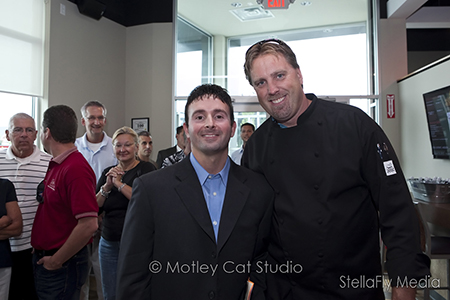 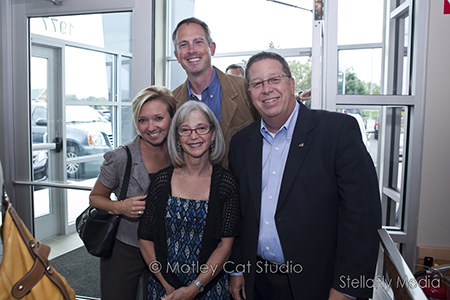 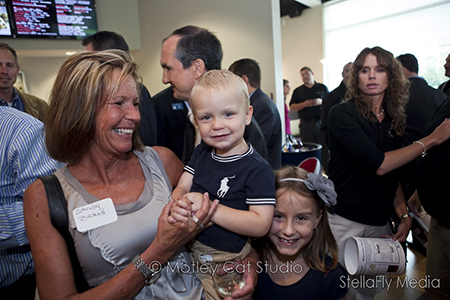 As you walked up the sidewalk into the 4,500 square foot restaurnt, you could feel the energy coming from inside, and upon entering the first thing you noticed was LED panels on the ceiling that will shift colors throughout the day to provide an ambience ‘mood ring’ throughout the restaurant (the first time this has been done in a dining space anywhere in the U.S.).

As the crowd gathered they were treated to samples of some of the creative food that Kitchen 67 has on their menu. I was able to sample the Italian Tuscan soup, Berry Patch Salad, and (my personal favorite) the restaurant’s own take on S’mores—deep-fried brownie bites, marshmallow dipped in chocolate and rolled in graham cracker crumbs, and a chocolate dipping sauce. Everything was full of great flavor! 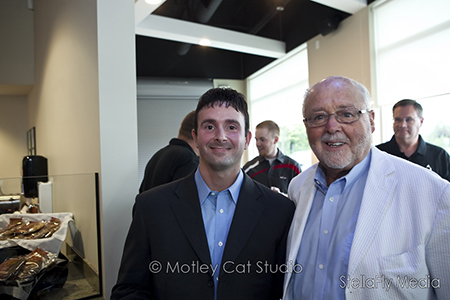 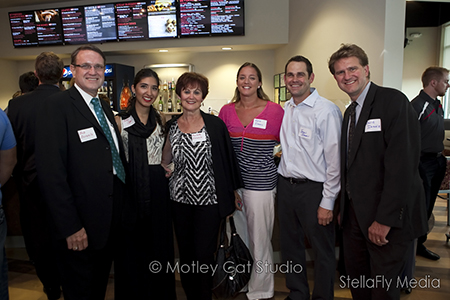 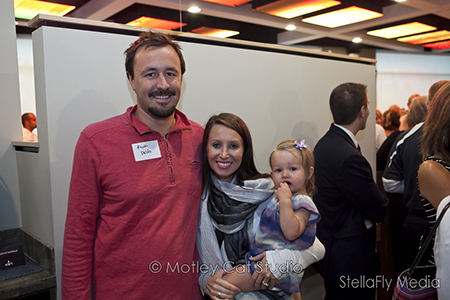 Rev. Mark Przybysz of Saint Anthony of Padua Church was on hand to bless the restaurant, and the blessing was followed by remarks from Senator Dave Hildenbrand and Kent County Commissioners Gary Rolls and Jim Saalfeld. It was a great tribute to Johnny Brann Jr. for his forward thinking in the restaurant design but also to the Brann family members who have made a great impact on Grand Rapids and West Michigan.

Besides the fantastic food, it is the technology that is truly going to make this restaurant stand out. Many of the tables have small black dots in the middle, which are charging stations for smart phones. The music is controlled by the guests who are able to download an app for their phone and vote on the songs they want to hear. Big screens can be seen from all angles, soon there will be iPads available at the tables, and a holographic display on the Pepsi machine, another first in the restaurant industry. There is even a space that can be reserved for small meetings. Custer Interiors was there to demonstrate RoomWizard, the meeting scheduling system developed by Steelcase media:scape. 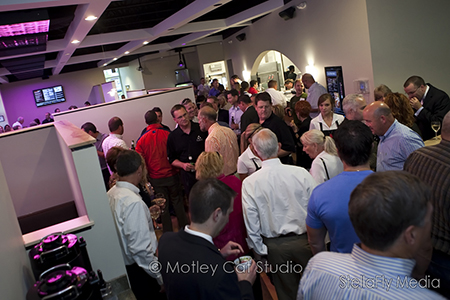 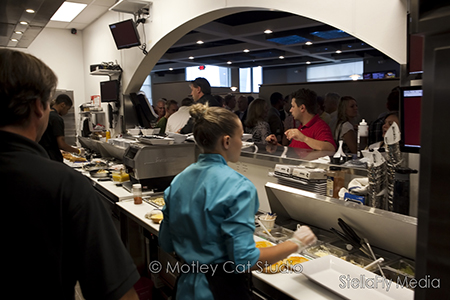 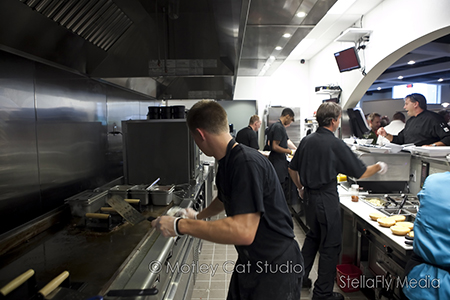 So many local companies took part in executing Johnny Brann Jr.’s vision for Kitchen 67. In addition to LiveSpace, their technology partner, Brann credits the city of Grand Rapids and his partners – Lang Construction LLC, Grand Rapids architect Jeff Parker, designer Bob Israels, and Mercantile Bank for completing the project on time and on budget.

The technology was fascinating, the food was scrumptious, but probably one of the greatest things to witness Thursday night was Johnny Brann, Jr. carrying on his family’s legacy in the West Michigan restaurant business. Kitchen 67 official Grand Opening is Saturday, August 25. The grand-opening celebration will include free samples, technology demonstrations and a chance to win a variety of prizes.

A few of the notable high-tech features integrated into Kitchen 67 include:

Kitchen 67’s signature Sizzle Bowl, for instance, includes a mouthwatering mixture of pan fried noodles, portabella mushrooms, sautéed peppers, onions and sesame seeds with an Asian ginger sauce and the choice of adding Brann’s USDA Choice beef or chicken.Other menu items (all priced under $10) include fresh USDA Choice steak burgers, Sizzle Wraps, hot-pressed sandwiches from the 67 Press, 67 Bones ribs and wings, and an array of fresh soups and salads. A variety of pastries, scones and custom-roasted K67 Coffee will be available all day.  Beer and wine will also be served.
Kitchen 67  will be open seven days a week, also has a  20-seat outdoor patio and a drive-through window for gourmet coffee, call-ahead orders, pastries and other menu specialties. Kitchen 67 is collaborating with Verizon Wireless, which will open a new store concept in an adjacent 3,600 square foot space accessible from inside the restaurant. When it opens August 27, the Verizon store will be among the first in the country featuring an inviting new store layout that better showcases the company’s latest devices, accessories and more.
Be sure to LIKE Kitchen 67 on Facebook: https://www.facebook.com/kitchen67
Website: http://kitchen67.com