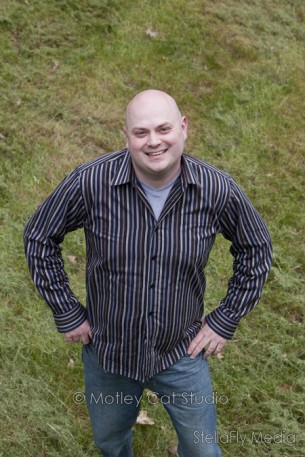 It makes sense that a guy who draws grilled cheese sandwich-munching monsters and giant purple octopus would have interesting names for his seven cats.

Is he not allowed up here?

“Oh, they’re allowed everywhere,” Hipp says cheerfully. “It’s their house. I just live here. They just keep me around to open the cans.” 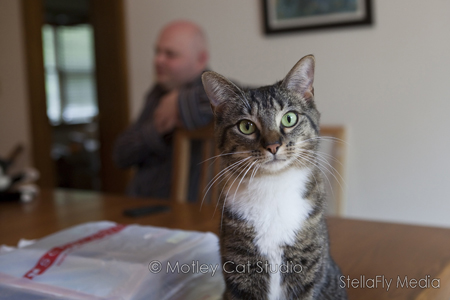 Ryan Hipp is not a quiet, reclusive kind of writer/artist. He’s funny, affable, out there.

“I’m kind of a loudmouth,” he says. “People tend to know who I am pretty quickly.”

More people suddenly discovered Hipp in March when he won the Gwen Frostic Award, presented by the Michigan Reading Association for his work with literacy and children.

He doesn’t have a ton of books published. He’s not a Chris Van Allsburg sort of household name. But Hipp says the Frostic award doesn’t measure good ideas or stellar drawings.

“It’s about impacting the lives of kids,” he says. “That makes it mean even more.”

Kids know Hipp because he’s constantly in their world talking to them. He does oodles of classroom visits and workshops, sometimes talking to 500 kids at a time about reading and creativity.

“You can’t just be up in your tower producing books for a world you never see,” he says, sitting at his dining room table overlooking the Lowell woods. “Some authors and illustrators just want to make books. I feed off the excitement of the kids, the parents, the teachers.

“At first I was selfish,” he says. “I wanted to write and illustrate just because I wanted to do it. But if you’re going to survive, you have to start giving back.” 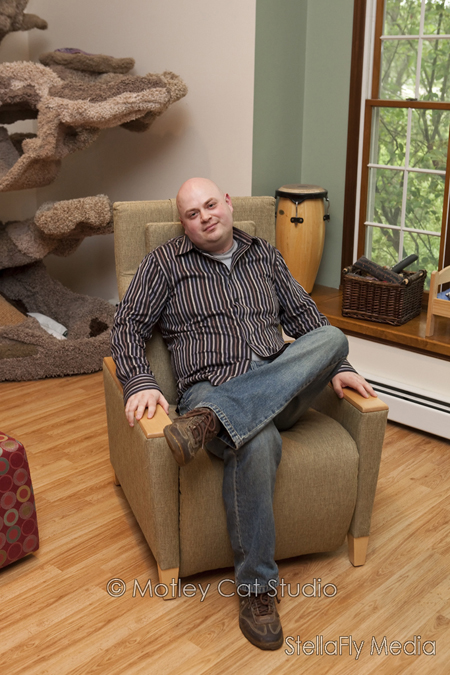 — “A Curious Glimpse of Michigan,” written by Kevin and Stephanie Kammeraad and illustrated by Hipp and Kevin Kammeraad. It’s filled with quirky facts about Michigan: A grinning cucumber tells how Michigan boasts the highest production of cukes used for pickling.

The friends followed that up with a musical version — an album of quirky songs about the Great Lakes State.

— “How Much Wood Could A Woodchuck Chuck?” written by Danny Adlerman and illustrated by Hipp and several others.

I — Hipp also produced an animated promotional video for Kid’s Food Basket, which supplies nutritious sack suppers to 4,800 kids a day who struggle with hunger. Check it out at kidsfoodbasket.org. You’ve never seen a brown paper bag look so cute.

His friends tease him about his whimsical style.

“I’m a dude who likes drawing cupcakes and unicorns,” he says with a shrug.

He’s hoping for a year-end release of his next book, “Little Steps,” which he wrote and illustrated.

“It tackles the subject of life being hard, with obstacles along the way,” he says. “You have to take things one step at a time.” The main character is a caterpillar. Cue the cute.

Hipp scribbles some of his best ideas on coffee shop napkins. He thinks most people undervalue The Smurfs. He has epiphanies a lot. He believes in community, and says things like: “The best place to start your career is right outside your front door.”

Wondering about the bald head? When he started losing his hair at age 24, he shaved his head and has shaved it daily since.

A vegetarian and animal rights activist, he was on the rescue team that tried to help a duck that walked around the Grand River with an arrow stuck through its breast.

The six paintings that hang in the cafe at the Grand Rapids Public Museum are his 2009 ArtPrize entry, based on the exhibits he loved there as a kid.

He grew up in Ada and on Grand Rapids’ West Side, the youngest of five kids who all loved books. His dad is a retired history teacher and his mom is a painter. He figures he absorbed some talent from each of them.

He wrote his first book — “The Penguin That Froze” — in first grade at Ada Elementary School. Young Authors Week thrilled him.

“I started referring to myself as “Ryan Hipp: author,” he says with a grin. “Now I go to schools and I’m the one talking to kids at Young Authors Week.

“The kids treat you like a rock star,” he says. “So it’s hard not to feel like one.”

In return, he treats them with respect. 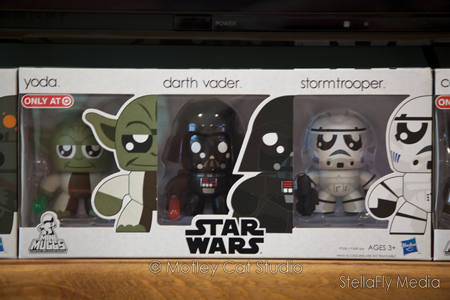 “Kids are very discerning,” Hipp says. “They know when they’re being talked down to. So I talk to them on their level.” He smiles. “Because I’m on their level, too.”

Yeah. Let’s talk about that.

He’s seen every episode of the “Twilight Zone” several times. Show him a picture of a random Star Wars character and he’ll tell you not just their name, but what system they’re from.

He gets the most obscure “Lord of the Rings” references. If you know what “BSG” means, you’re his new best friend. (It’s “Battlestar Gallactica.” I had to look it up.)

“My counselor will tell you I have Peter Pan Syndrome,” he says — a condition where guys have a hard time growing up.

But he has some advice about that.

“I just want kids to know that they really can do whatever they want to do,” he says. “They hear that all the time, I know. We always tell kids that, but our words don’t match our actions.

“I want kids to be inspired and believe in themselves,” he says. “I speak really vehemently about that.”

He’s quiet for a minute, thinking about the adults in his life who thought they gave him good advice.

He knew when he was a little kid that he wanted to be a writer. By the time he got to junior high, writing wasn’t cool for a kid to do, he says, so he switched to drawing. He drew lots of superheros.

By high school “I was a slacker,” he says. “I didn’t care about school. I wasn’t thinking about my future, my career.”

He pulled a lot of pranks, got in some trouble, had a big party when his dad was away and got kicked out of the house at age 18.

When he talked of maybe being an artist, his dad told him he better have a back-up plan. 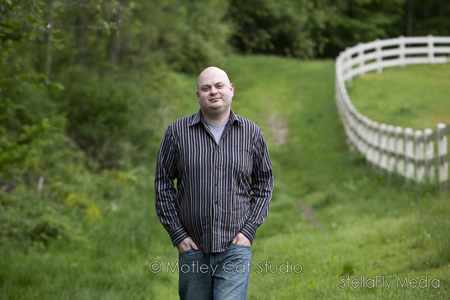 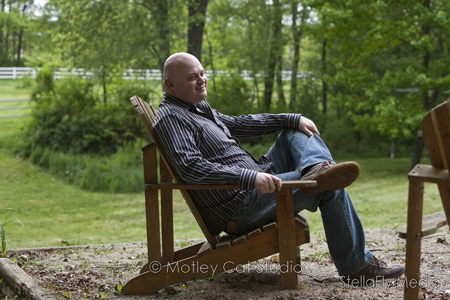 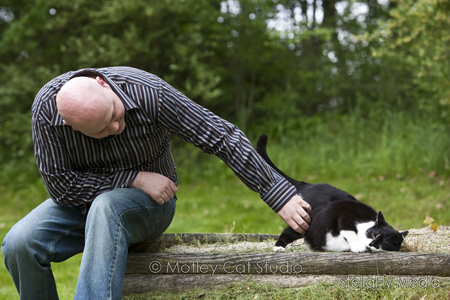 “Even my friends knew that was wrong,” he says. “They said, ‘Dude — you keep your money in a plastic bag in your closet.’

“When kids get older, they’re asked to put their dreams on a shelf,” Hipp says. “I forgot I wanted to be an artist. Then one day I was sitting with my college counselor talking about my classes for the next year and he was talking about all these math classes. I said, ‘I can’t do this.’ He said, ‘You have to, for this major.’”

So Hipp walked across the street to the arts building “to find somebody who could help me start an art curriculum.”

He got a job at an advertising firm doing graphic design. Then he met author Kevin Kammeraad and started working with him on “A Curious Glimpse of Michigan.”

“It hit me,” Hipp recalls. “How did I forget how much I liked this? I realized I was meant to make stuff for kids.

“Most people aren’t doing what they really want to do, out of fear,” Hipp says. “I tell kids, ‘The ideas you have now are the best ideas you’ll ever have in your life. If you forget them, you’ll never get them back.’”

Grab a napkin and jot ‘em down.