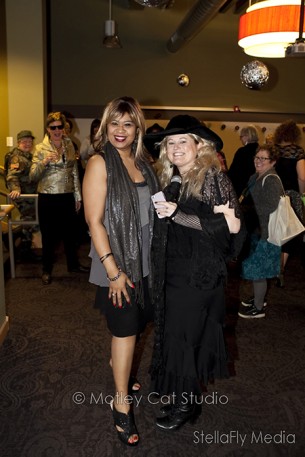 I’ve said it before and I will say it again—

Grand Rapids Community Foundation throws a great party. It was a totally “rad” time at the GRCF late Thursday afternoon as they brought the 80’s back to celebrate with staff, along with several special guests, three incredible leaders who have been with the foundation for 25 years—Diana Sieger, President; Lynne Black, Vice President of Finance and Administration; and Marcia Rapp, Vice President of Programs.

Everyone was dressed as a memorable musician, actor, or TV personality from the 80’s—from Punky Brewster to Magnum PI. Centerpieces were made out of cassette tapes, records, and a sprinkling of 80’s candy. Disco balls hung from the ceiling, and the festivities kicked off with a rousing game of “Retro Pyramid,” their own version of the $25,000 Pyramid. 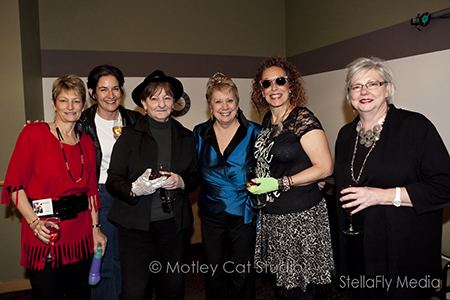 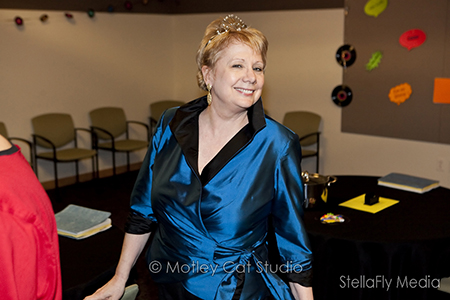 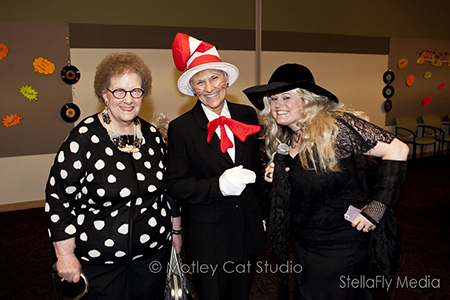 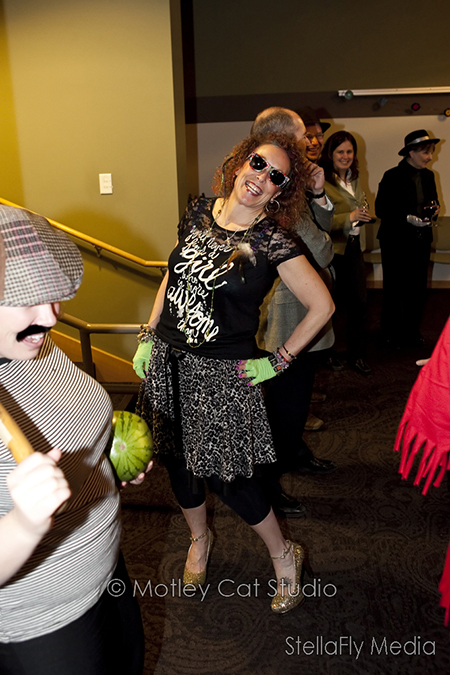 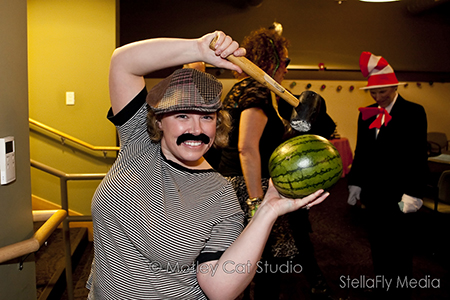 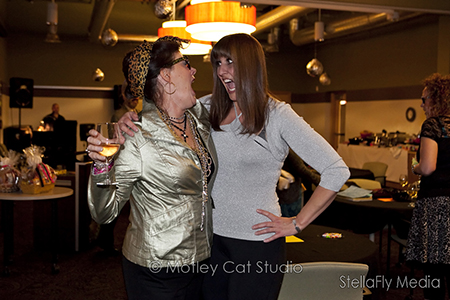 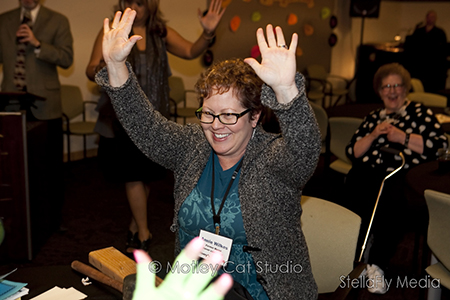 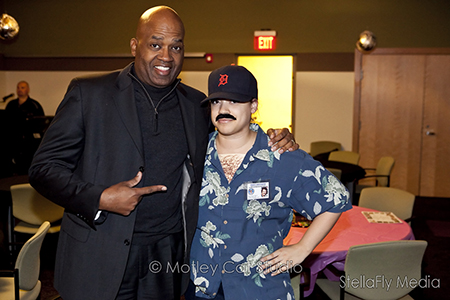 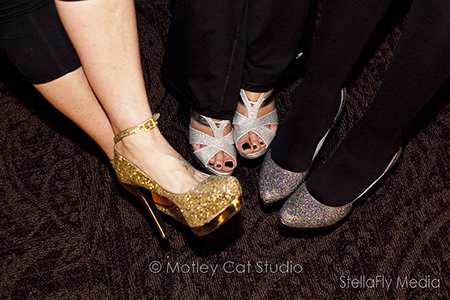 When I asked “Princess Diana” (her 80’s alter-ego) Sieger what has been her favorite part of leading the foundation, she talked about how she grew up in “a time of social change” and that carrying out the mission of the foundation, helping so many worthwhile organizations in this community, is very special to her.

Lynne “Cat in the Hat” Black told me how the people she works with have been a big part of her longevity with the GRCF. “They are all so passionate,” she said.

Marcia Rapp, or “Annie Wilkes,” the lead character in Stephen King’s Misery, topped off her costume with an axe, mallet, and a 2×4. I talked to her about what she enjoys most about being part of the foundation staff. She said she enjoys the people and that there is “something different every day.” She treasures being able to be part of the team and credited Sieger’s leadership for making the GRCF what it is today.

Gifts were presented to each of the three honorees, and were very thoughtful and personal. Roberta “Cyndi Lauper” King gave a beautiful toast to the ladies she calls the “best brand builders” in Grand Rapids. 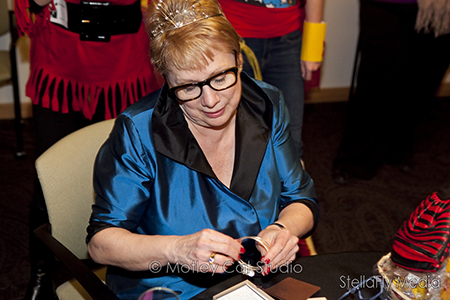 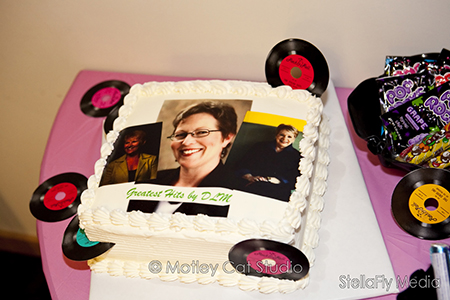 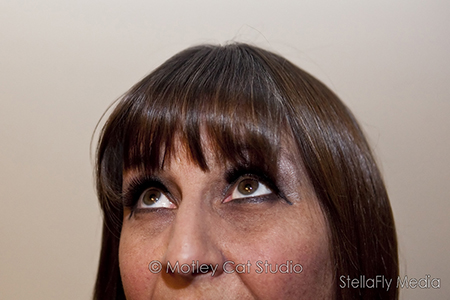 Once all of the formalities were out of the way, it was time to enjoy great 80’s themed food and drinks (think Bartles & James) and karaoke began. There was “Margaritaville” sung by Cyndi Lauper and “Love Shack” by Princess Diana and her backup dancers. It was a truly happy and memorable celebration for Sieger, Black, and Rapp—one that I’m sure will not soon be forgotten around the office.

Congratulations, ladies. You are each an excellent example of leadership and commitment to the community.