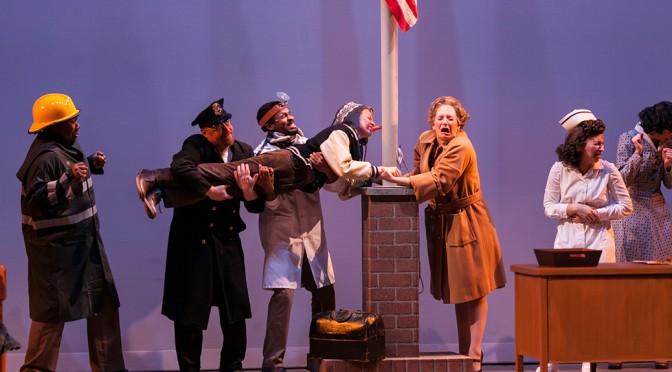 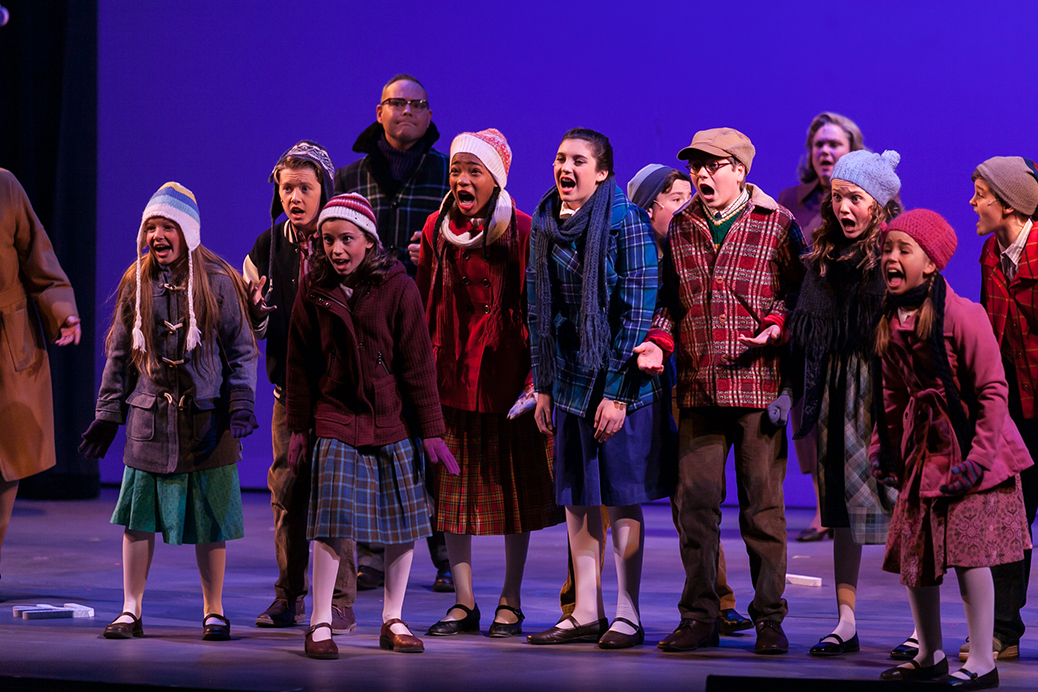 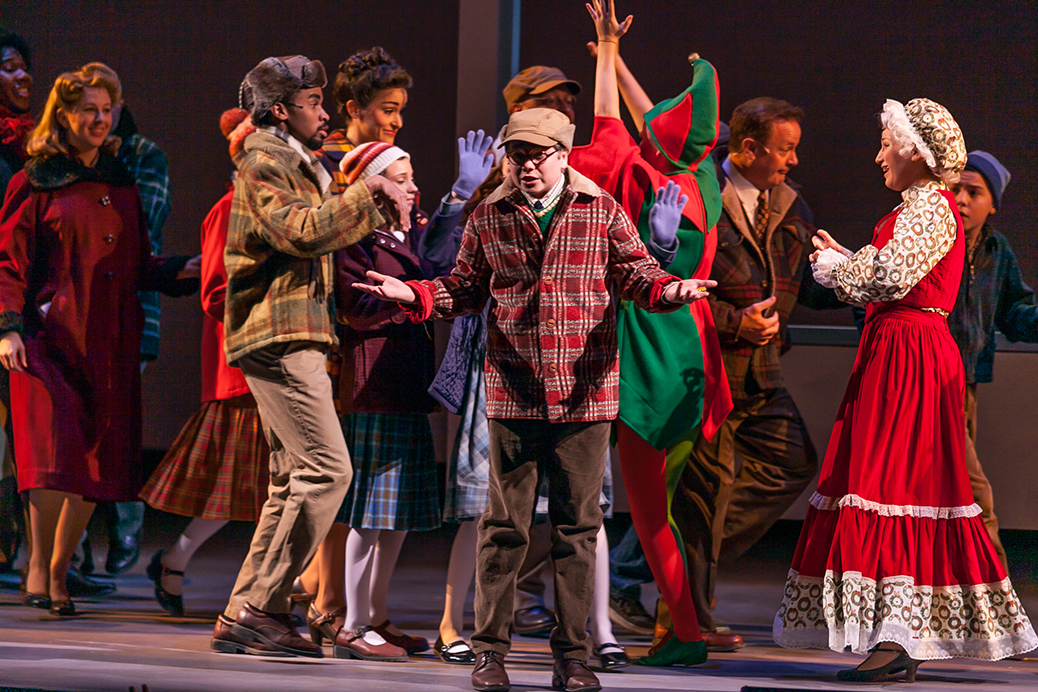 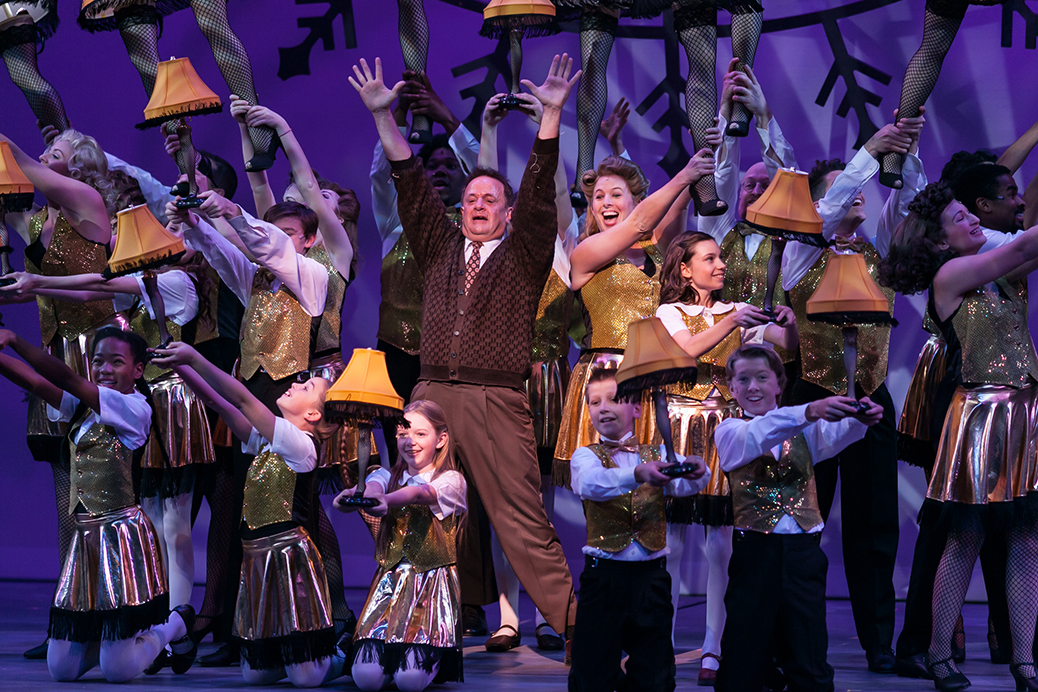 Recreating Iconic Images
The Lamp, the BB Gun, the bar of soap, even the Christmas lights have all been specially crafted to take the audience back in time to both a younger age and a bygone era.  “If you’re wrong the audience is gonna notice it, and we can’t have the audience distracted by what is missing or what is wrong.  Attention to detail is so important which is why we had to have the staples of the era.” Wilson stated as he demonstrated the difficulty between practicality and authenticity.  Obviously the 40’s-50’s era originals would be cost-prohibitive (if you could even find them as collector’s items) for staging the show, but the talented team of volunteer support staff is able to make miracles out of everyday items.  Wilson notes that when he goes to Home Depot he usually ends up with a crowd of employees “helping” him just so they can find out what he is working on next!  He also noted that he now gets some “interesting” emails after ordering 21 pairs of ladies fishnet stockings off the internet! 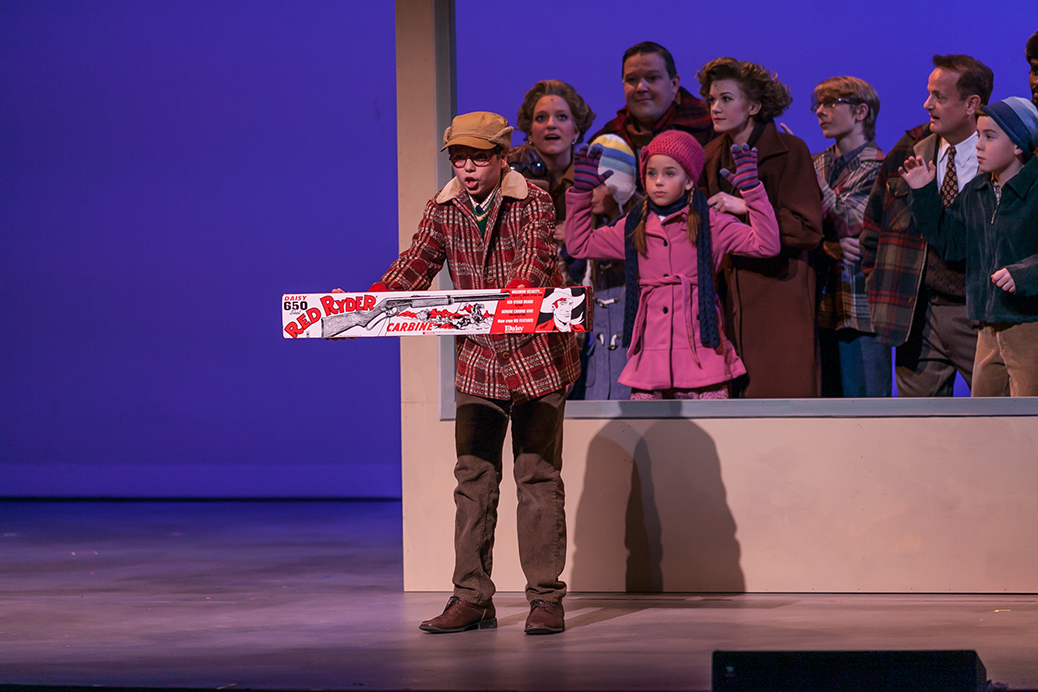 The Characters
Bart Sumner as the narrator
Sumner grew up listening to Jean Sheppard on his transistor radio in his bedroom as a kid, so when this opportunity came along, he was eager to take a break from directing the improv groups at the GRCT and get back on stage.   In researching and preparing for this role, he learned that Sheppard never had anything for his radio shows written down – his shows came from his memory and own creativity.   He truly was a wordsmith and captured his audience through the power of his stories. 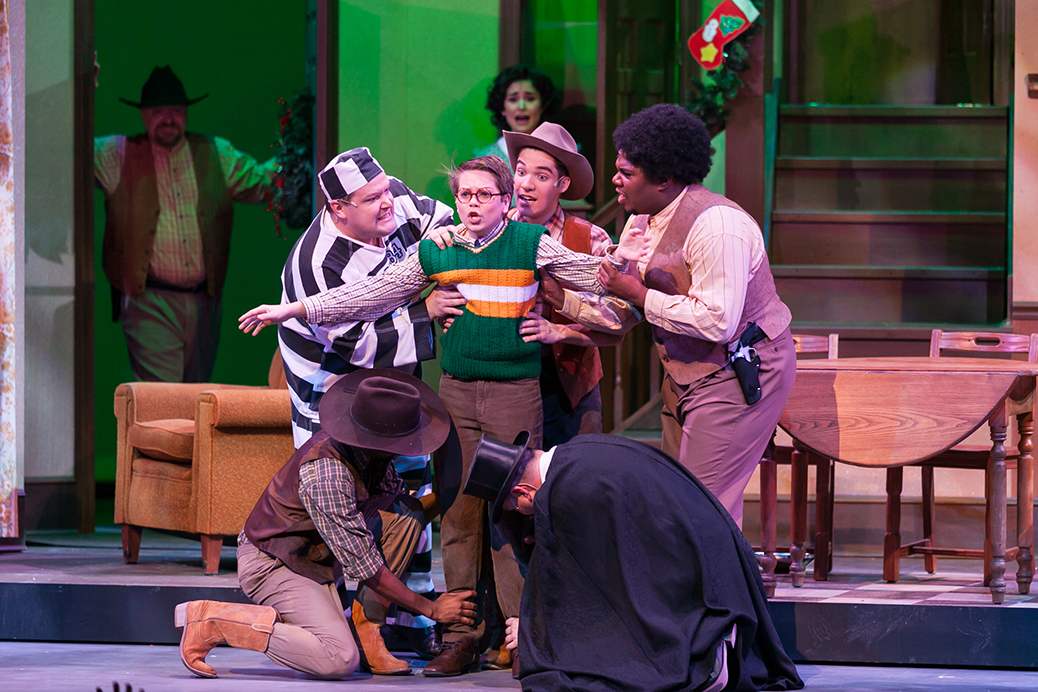 Alex on playing Ralphie
Without Ralphie, there is no Christmas Story, so this role and the actor playing it is pivotal to the success of the play.  It appears that GRCT has found the perfect person to play the part with veteran GRCT actor, Alex Sullivan. Alex looks the part, and truly seems to appreciate all of the nostalgia around this story.  When we met him, he was dressed as his character role, complete with the glasses, which we are told he is already on his fifth pair of as they keep breaking, and a hand-made knit sweater-vest (that’s right – one of the #GRCT volunteers hand-made the vest).  Alex remarked that one of his favorite things about Ralphie is his creativity in how he delivers the sometimes-not-so-subtle hints about his desired Christmas gift! 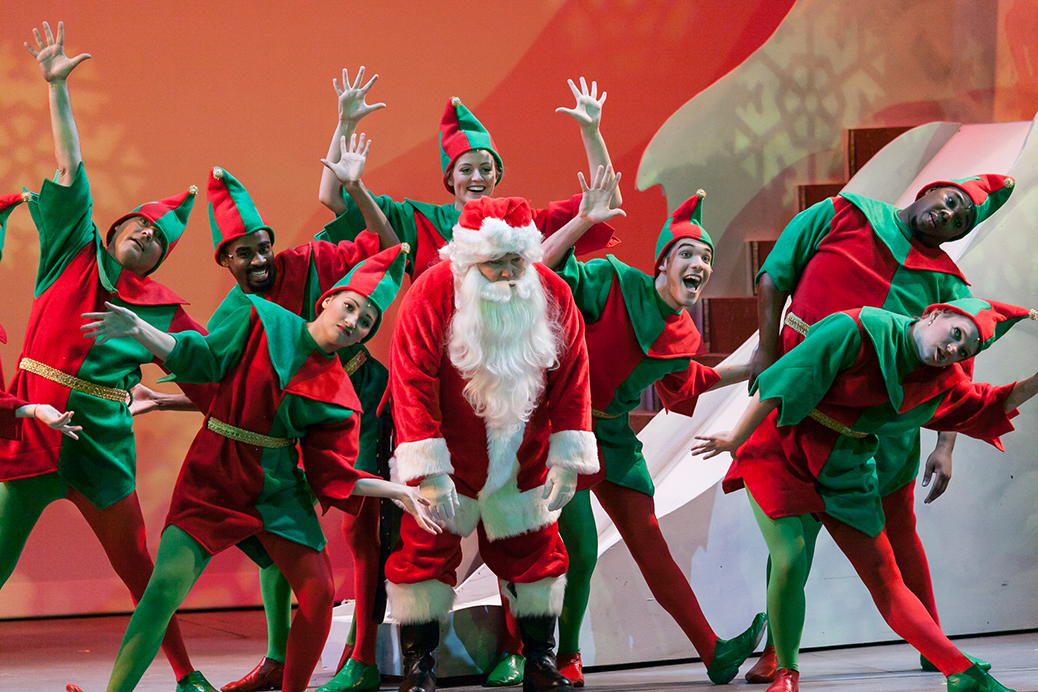 Then There’s Santa
There was a surprise visit from the big-man himself, Santa!  He burst in delivering lumps of coal and informing Ralphie that he would “shoot his eye out!”  Brian Lower will get to play this important role, and even remarked that he had to put on weight for the Santa role because he is “truly committed” to the character.  He’s also hoping that this will lead to a mall Santa gig, as that is where the money is! ☺ We also learned that we will get to see him in the musical line as well, but were given the hint that he may be hard to spot! 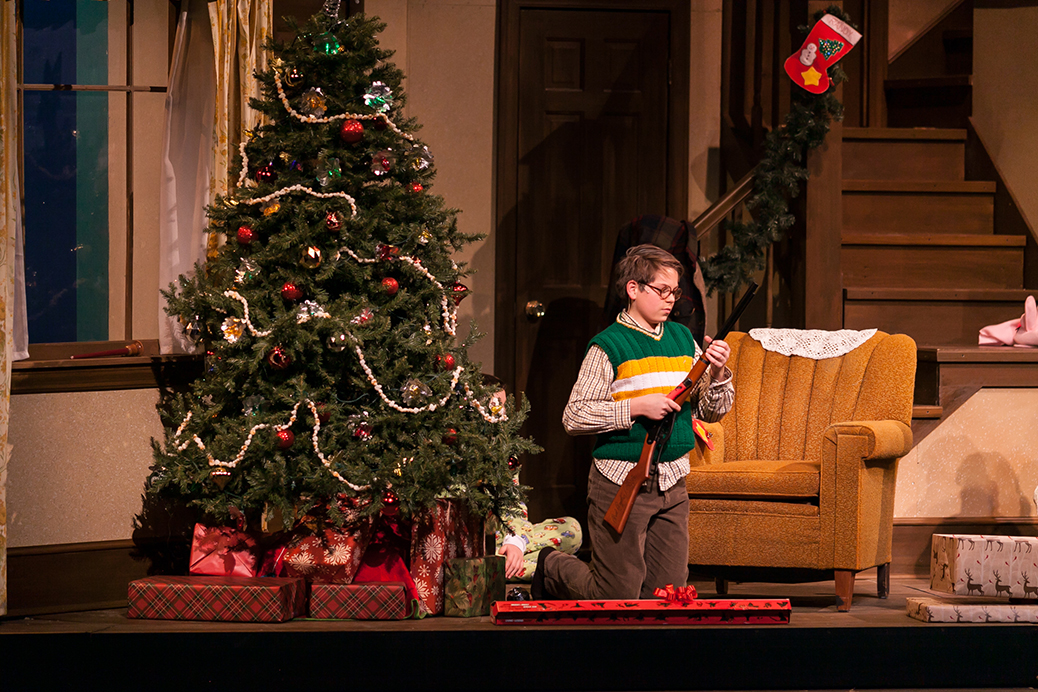 Now Get Your Tickets!
If you’re looking for a great way to get the whole family in the holiday spirit, and have had your fill of sugar plum ferries, or would like a fun addition to that tradition, get your tickets to A Christmas Story: The Musical!  A heartwarming, nostalgic, family friendly story that is sure to capture imaginations of all ages.