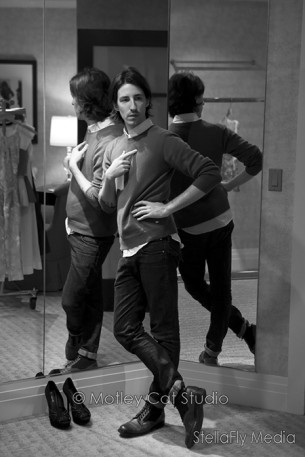 At Thursday night’s Couture for a Cure, which benefited the Van Andel Institute, guests were treated to the premiere of New York designer Daniel Vosovic’s Spring and Summer 2013 collection. The Sparkly Stellafly had an opportunity to sit down with Vosovic on the eve of the show and talk to him about his journey from Grand Rapids to New York.

Daniel spent most of his childhood living in East Grand Rapids, where he biked to Breton Village Mall whenever he could. His family later moved to Lowell, and he excelled as a competitive gymnast until he retired at 18 years old. He went to college to study architecture but found the program to be much too structured and too long for his taste. So, on a whim he decided to take a sewing course. As he learned to take a piece of fabric and turn it into an article of clothing, he began to think that fashion could be a career. However, he knew that he would have to make the move from Lowell to NYC to make this happen. 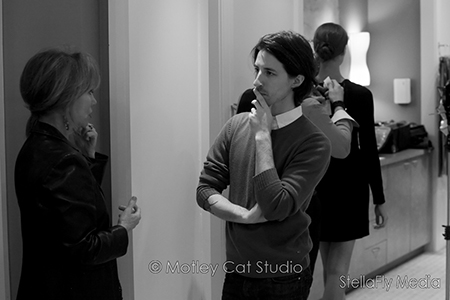 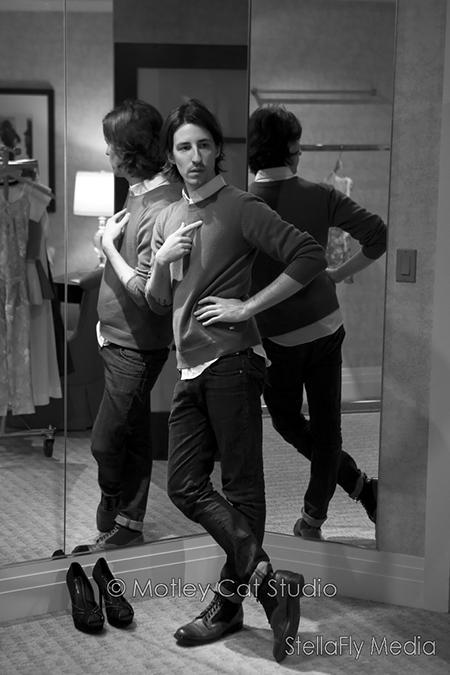 So Vosovic went to New York after talking with a cousin who lived there and was attending the Fashion Institute of Technology (FIT). As Daniel began his time at FIT, he found it refreshing to be surrounded by like-minded individuals. He was accepted into an Italian exchange program and moved to Florence, where his entire outlook on design and fashion was changed with just one design lesson. They were given one piece of fabric cut into a specific shape and asked to design a dress, top, skirt, or whatever they chose with just that one piece of fabric. This forced him to think outside the box and challenge the traditional “rules” of clothing design.

Daniel returned to NYC and completed the 2-year program at FIT in just one year, and four days after graduating he was auditioning for Project Runway’s second season. This was his big break. He was 24-years old and his “first job” was showing his work in front of an audience of 3 ½-4 million people who were watching the show, and the judges on the show who were very influential in the fashion industry. He was selected as first-runner-up that season, and his first runway show during New York Fashion Week was attended by Vogue, Barney’s, and Bergdorf Goodman (just to name a few). His career had gone from 0 to 60 in just a matter of what seemed like minutes, a rarity for the fashion industry. 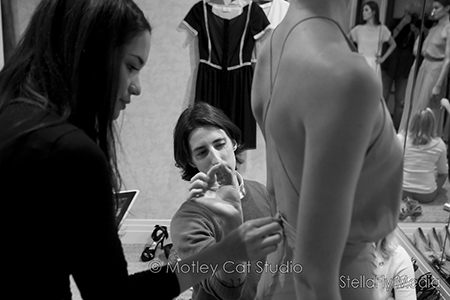 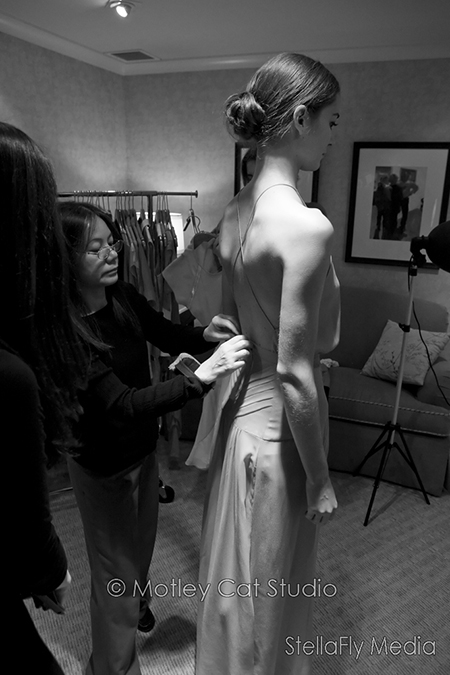 However, when Vosovic began to think about it, he realized that he was actually becoming more famous than his clothing. He stepped back and before pushing forward and creating another new line, Daniel decided he needed to go back and work for someone, get the nitty-gritty experience he had missed by going on the reality show. So, he began working in large companies as a third assistant and smaller companies as a creative director.

All of those experiences have made him what he is today—a hard-working, in-the-trenches, leader. As I watched him backstage on Thursday evening, I saw his nervousness turn to excitement as he saw the models lined up in his designs. It was evident that he has found his true calling in life and is a real-life example of what happens when you find your passion and pursue it. 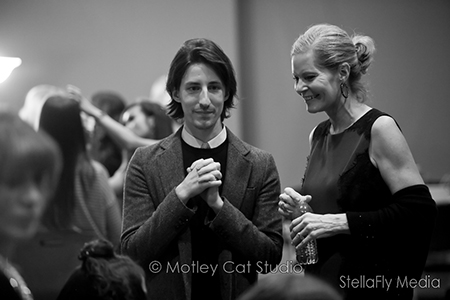 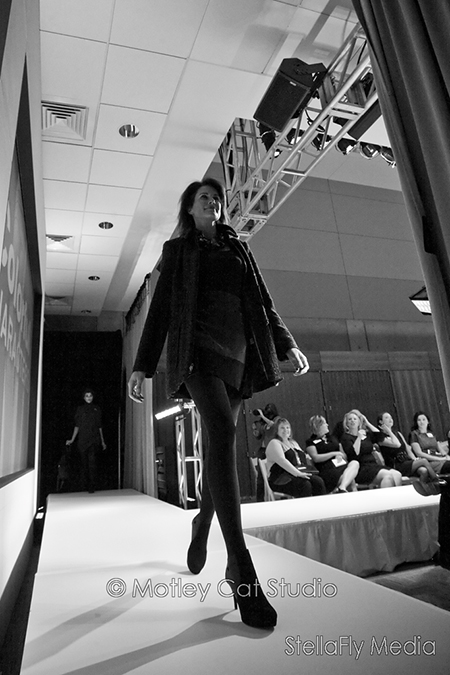 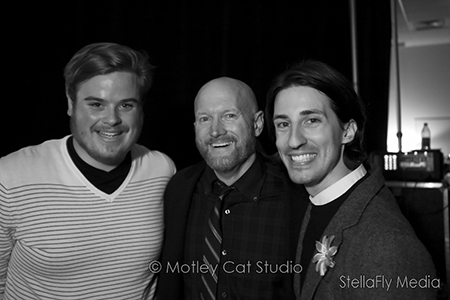 When I asked him what his goals were now, he said he would like to be the next Ralph Lauren. He wants to create an experience with his fashion, and would love fashion to lead him to other things such as film and home design. I have no doubt that he will do all of that and more, and look forward to seeing what the future brings his way.

One thought on “GR to NYC: A Designer’s Journey”