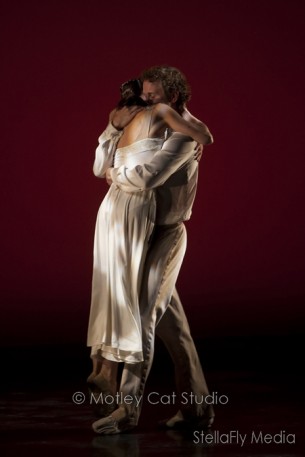 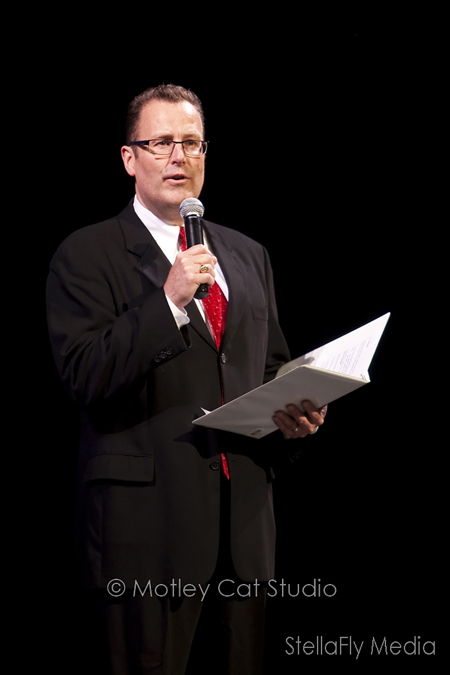 Brian Lennon, attorney with Warner Norcross & Judd LLP and a 2nd Lieutenant in the United States Marine Corps, served as Master of Ceremonies for the evening. He welcomed everyone to the theatre, gave a preview of the evening, and introduced Jane DeYoung, who sang the National Anthem. Hearing our country’s anthem brought into focus the reason we were all there last night—to pay tribute to those who risk their lives every single day to ensure that we have the freedom to do things like come together and watch these performers. 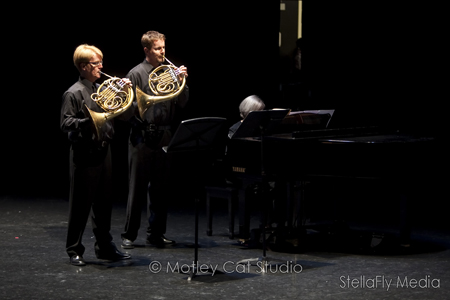 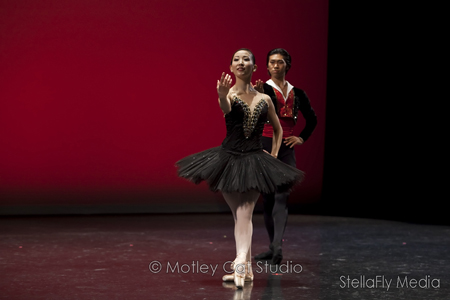 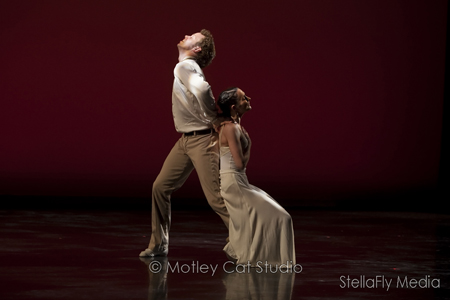 Three members of the Grand Rapids Symphony performed first, including two on French Horns and one pianist. They were followed up by two performances from the Grand Rapids Ballet Company (GRBC), who just finished their 40th season. Yuka Oba and Giovanni Yoshida are two talented dancers originally from Japan and who just finished their first season as part of the GR Ballet Company. Their Esmeralda Pas de Deux was beautiful and full of energy and grace. They were followed by Rachael Riley and Nick Schultz who performed the Balcony Pas de Deux from the GR Ballet’s Romeo and Juliet.

Next came two members of the Royal Danish Ballet who are originally from Michigan. Holly Dorger and Bryant Steenstra brought the Black Swan Pas de Deux to the stage, this performance originating from the classic ballet Swan Lake. They are both currently touring with the Royal Danish Ballet in the United States. To finish off the performances, Genesis Percussion took the stage and gave a very powerful performance. This drumline is comprised of students from throughout the state of Michigan. 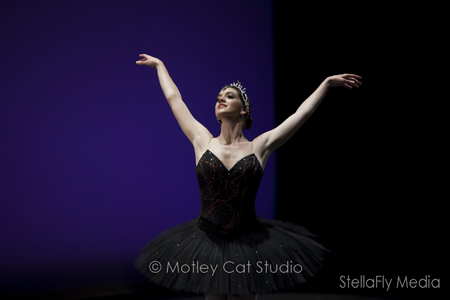 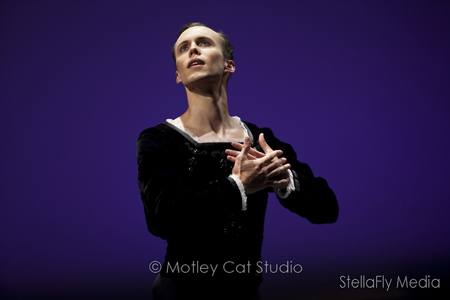 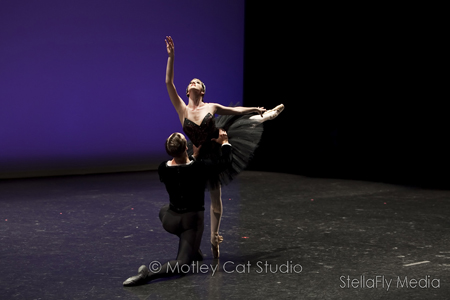 This collaboration between arts organizations in Grand Rapids (and Denmark) was wonderful, but the real stars of the evening were the individuals representing Fashion Has Heart. Mike Hyacinthe, who started this initiative last year, talked to the audience about how this organization began. Initially they were selling clothing to raise proceeds for wounded veterans. It was not until he met Corporal Josh Hoffman. Corporal Hoffman was left a quadrapalegic from his injuries sustained while in Iraq. He saw the t-shirts that Hyacinthe was selling and wanted to know if there was a way for him to get involved. This sparked an idea that resulted in several t-shirts being designed around Corporal Hoffman’s story, and were sold throughout the United States. 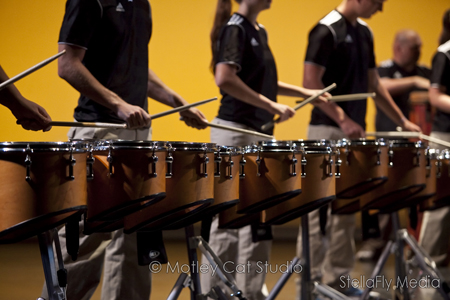 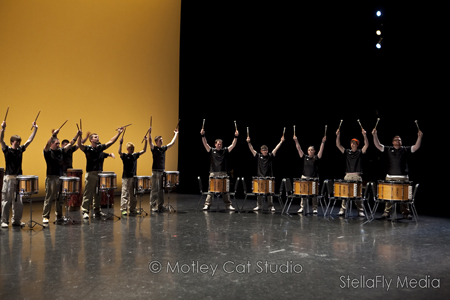 Fashion Has Heart has grown and this week five members of the military—one from each branch—arrived in Grand Rapids and are working with designers from Bates to create five boot designs. The Heroes included Air Force Tech Sergeant Israel Del Toro; Army Specialist Danielle Byrd; Coast Guard Electrician’s Mate Third Class Michael Bell; Marine Corporal Josh Hoffman; and Navy HN Darrell Butler. Corporal Hoffman was unable to attend the event Thursday night but it was very evident that he was there in spirit. 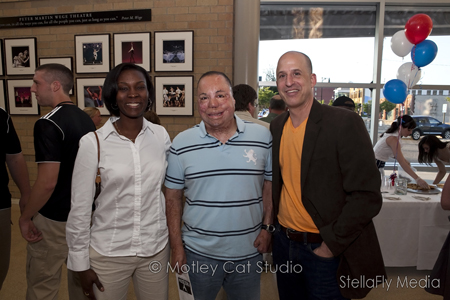 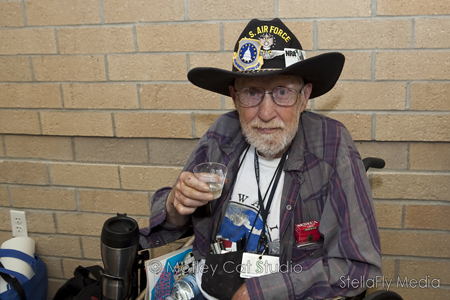 Michael Hyacinthe said his goal is to double the number of Heroes next year and continue to grow the program each year after that. If you would like to follow this journey, check out the Fashion Has Heart Blog at http://fashionhasheart.org/blog/. Consider making a gift to help their cause, too, as a way to thank them for the sacrifices they have made for our freedom.