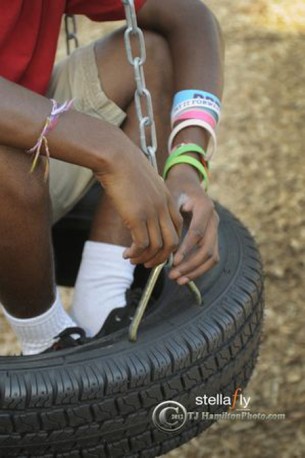 The wood chips still smell new at the playground installed in June at St. John’s Home, and on a sunny, blue-sky morning, kids are climbing all over it.

“Helloooo,” a young boy calls into a tube, listening for a voice to come back from the other end. “Is anybody there?”

That’s the great thing about this place. Somebody is always there.

When St. John’s Home merged with D.A. Blodgett for Children in 2010, it joined an agency that has offered homes and hope for children since 1887.

But when people hear the name D.A. Blodgett they often think it’s connected to the hospital with the same Blodgett name.

When they drive past the serene wooded St. John’s campus on Knapp Street NE, they’re not sure what goes on there. Something about troubled kids, right? 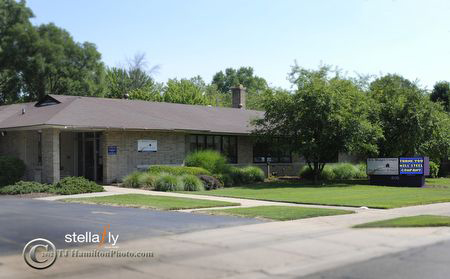 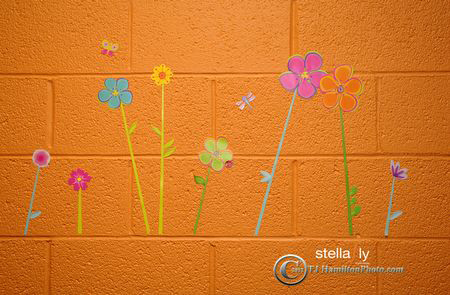 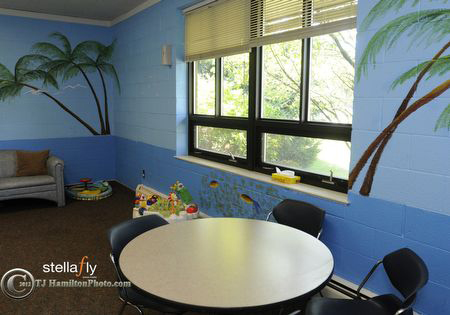 They save kids’ lives.

They’re the shelter when a child is first removed from their home because of abuse or neglect.

They place abused and neglected youngsters in foster families and help both parents and kids as they work to reunite.

If that’s not possible, they work to find youngsters permanent adoptive homes.

The list goes on, helping youngsters along an often complicated timeline from horror to home. The heartbreaking reality is that this life-changing work often starts with tragedy — children who are neglected or abused by their parents. 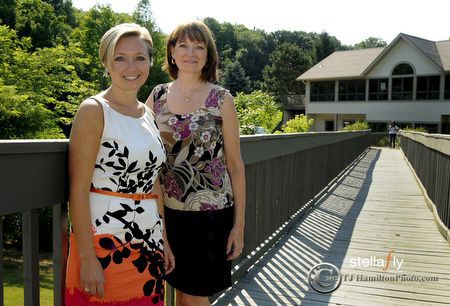 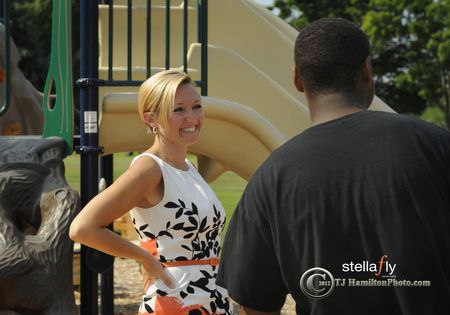 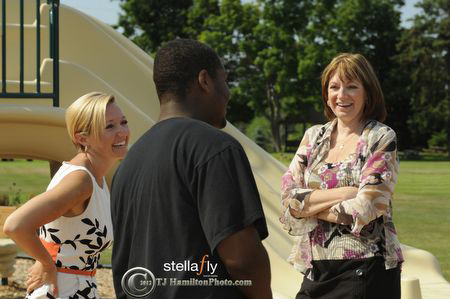 A lot of people know Bliss from her role as Grand Rapids City Commissioner. But Bliss has spent her career helping kids, first as a social worker and advocate for children who has spearheaded programs all over town.

Sharon Loughridge, executive director of this place, started out as a social worker, too, spending more than 20 years working at the Kent County Family Independence Agency. She’s made a career of sticking up for kids whose own parents have let them down.

“Our goal is to create a sanctuary for kids,” Bliss says, as ducks waddle through the parklike St. John’s campus outside her window. “Provide a safe place. We have kids who, day in, day out, didn’t feel safe.”

The staff here changes all that, she says.

“What changes kids is the relationships they have with the people here,” Bliss says. “People who tell them,

‘You are lovable. People like you, care about you, think you have tremendous potential. We want to see you grow.’”

Each child has an individualized plan, from their education to their counseling needs to their recreation.

“They learn what it’s like to live in a family,” Bliss says.

The youngsters in their care are exposed to all kinds of experiences, from dance to music to sports to yoga.

“They’re able to find out where their heart is,” Bliss says.

Nine boys are in Montana right now on an annual trip provided by a donor. They stay on a working ranch, sleep in a bunk house, go on an overnight trail ride.

“This would be a life-changing experience for anyone,” Loughridge says. “These are kids who have never left Grand Rapids.” 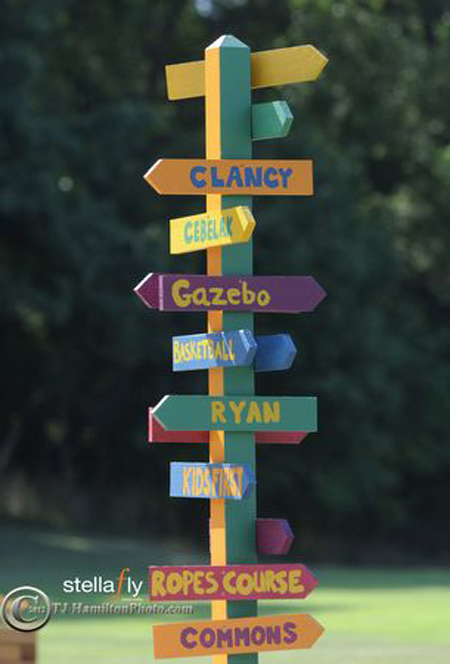 Most of the abused or neglected kids here arrive with behavior problems.

“You have to put their behavior in perspective of their history,” Bliss says. “So, Joey’s been up six times a night. Well, Joey was molested in his bed when he lived with his uncle. Fear is at the root of that. So how do we make him feel safe?

“Behavior is like an iceberg,” Bliss says. “The tip is what we see. But under the water are the core issues. We see them screaming, kicking, crying. You have to look beneath the surface if you’re going to help hurting kids.”

The leaders and staff here think outside the box. Loughridge devised a program that fosters a relationship between the birth moms who lost custody of their children with the foster moms who are caring for them now.

She tells of a mom with a severe substance abuse problem who couldn’t care for her three kids. So they lived in foster care.

“The foster mom embraced the birth mom,” Loughridge says. “Instead of saying, ‘I have to keep these kids safe from this horrible mom,’ she became friends with her, supported her. The kids could say ‘My mom and my foster mom aren’t enemies. They like each other.’

“It made all the difference.”

Some kids are in foster care until they’re 18. At that point, they have to live on their own. D.A. Blodgett – St. John’s gets them ready, from teaching them laundry and cooking skills to budgeting.

“We talk to kids in seventh and eighth grade about college and what they need to get ready,” Loughridge says. “Maybe they need a reading tutor. Maybe they need to take the ACT test four times. We take them to campus visits in a van. We want them to see college as a reality — not a pipe dream.”

The national average for kids in foster care going on to college is 13 to 15 percent, Loughridge says. Their rate is 80 percent. 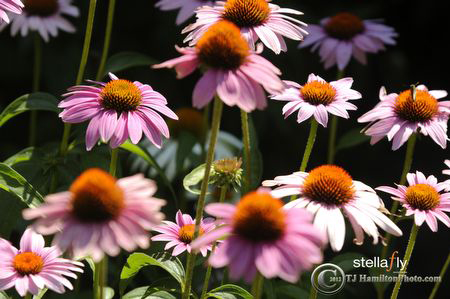 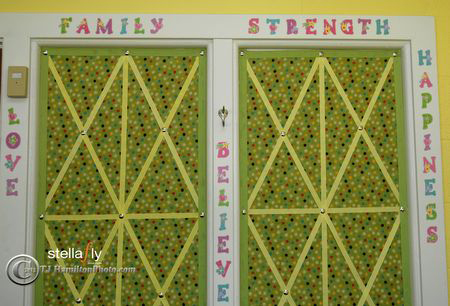 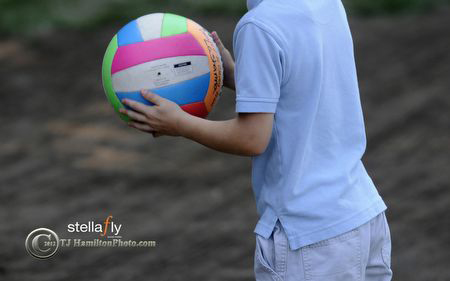 Kids come back, they say.

One young woman had her wedding on the St. John’s campus. Teens have their senior pictures taken there. They come back to visit, toting spouses, asking if they can share a meal in the house they used to live in.

They always want to see the counselors and program managers who became their new family.

“It takes a special person to do a job like this,” Loughridge says. “They don’t come to this work because of the pay. They come because they want to change a child’s life, a family’s life.

“When you work here, you feel like you had an impact.”

“Everybody here has horrible stories in their head that will never leave them,” she says. “They’re here because they’re called to this kind of work.

“Nothing is perfect,” Loughridge says. “You won’t always be successful. But you’ve given it your best.”

“For all the cases that break my heart,” Bliss adds, “there’s always one that touches my heart.”

She tells of a young woman who came back to visit last Christmas. Severely troubled, she had been one of their most challenging cases, she says.

“We were very concerned about her future,” Bliss says. “And here she was in college, with her own apartment, doing so well.”

“We all get holes in our bucket,” Bliss says, “but seeing her filled my bucket back up.”

Outside after a morning meeting, Bliss and Loughridge stroll past the playground. A little girl named Alice runs up and reports there’s a spider web on the monkey bars. Ick.

“Miss Rosalynn will take care of that for you,” Loughridge says with a grin.

Miss Rosalynn pushes Alice on the tire swing, chatting about her day, her summer, her pretty hair.

An 11-year-old boy named Tyler strolls up to tell “Miss R,” as he calls her, about a recent golf outing and the medals he’s collected for basketball and track.

“I’m leaving soon, Miss R,” he tells her, kicking the toe of his sneaker into the wood chips. “I’m going to my auntie’s.”

“You are?” Bliss asks, smiling.

“You know how when you have light at the end of the tunnel and you’re doing good and they send a caseworker to do a house check where you’re going?” Tyler says. “That’s what’s happening.”

D.A. Blodgett-St. John’s is a 125-year-old accredited agency that works in partnership with the community providing comprehensive services to children and families, including Big Brothers Big Sisters, foster care, adoption, and family support, as well as, residential treatment and emergency shelter care at St. John’s Home.