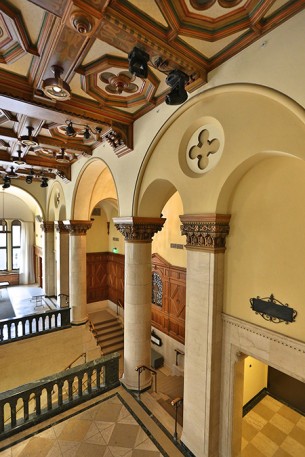 We first came upon this room in 2009 when we took a tour led by then president of The Penninsular Club. The Penn Club was occupying the lower level which has since been turned into the “Leopard Lounge.” The Penn Club had a goal to use it for their large events. The Club eventually folded and there it sat. Untouched. An enormous, historical space with old fixtures with that special ambiance that we feel throughout Grand Rapids and Heritage Hill. 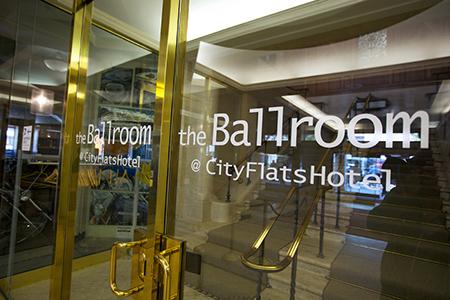 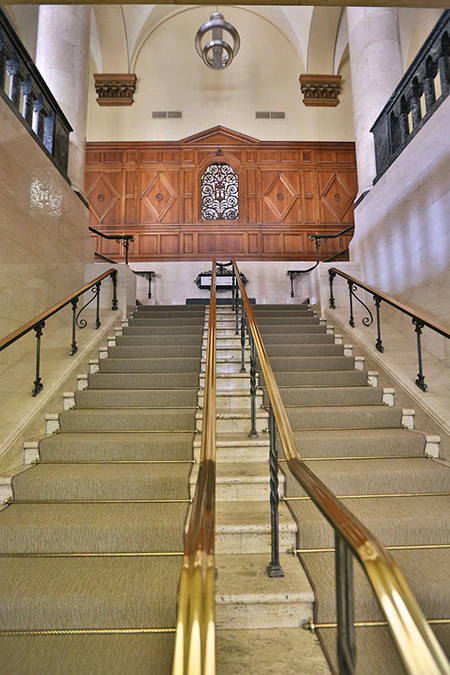 The Ballroom was built in the 1920s and at one time served as the second-floor banking hall. It still retains the original colonnade, coffered ceiling, marble, terrazzo, and metalwork. There is a gorgeous grand staircase, marble floors, columns, vaulted ceilings, and ornate woodwork along with a large professional kitchen for the preparation and staging of food. When CityFlats took over and opened their doors this September, their goal was to simply repurpose what was already there. They re-carpeted, put a fresh coat of paint and threw a party. We were there. 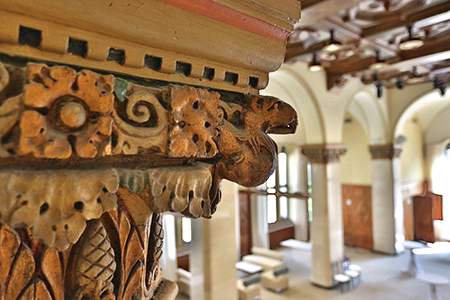 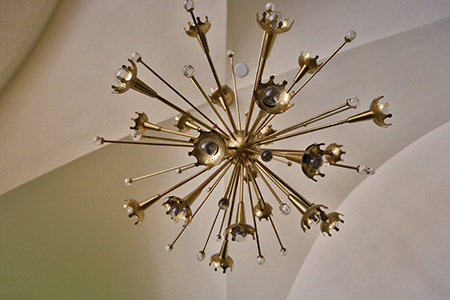 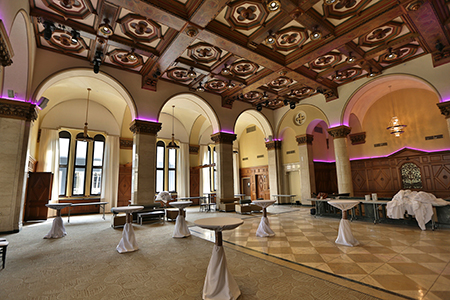 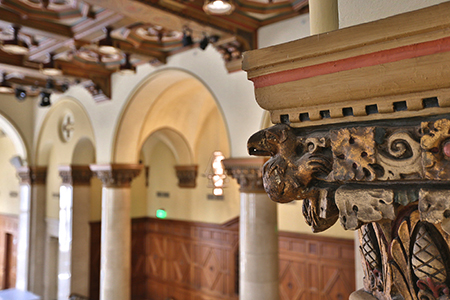 Rental fees include tables, mahogany colored chairs and linens and run from $400 for a weekday event to $2,500 for a Saturday night during the spring-summer peak wedding season. All of the food is prepared onsite by CityFlats with an extensive catering menu that offers up options from simple appetizers to buffets to multi-course sit-down dinners up to 225 with a full service staff. Guests are allowed to bring in their own pastries, florists and entertainment. 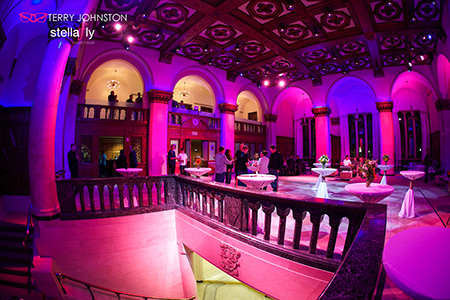 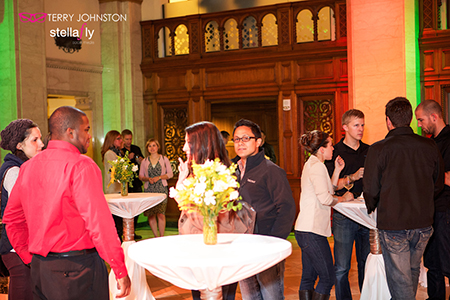 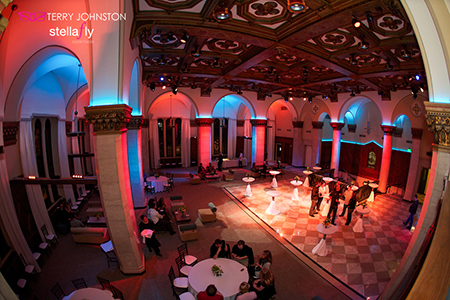 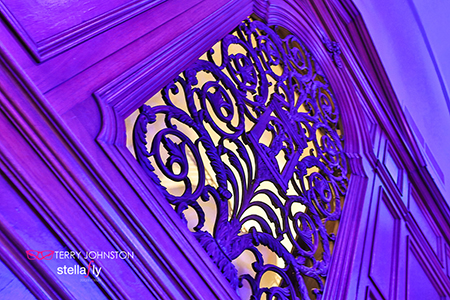 If you’re looking for a very special and unique place for your next event, contact Katie Reid at katie.reid@cityflatshotel.com or (616) 608-1727. We hear that they are booking this space fast!

One thought on “CityFlats Hotel – The Ballroom of History”